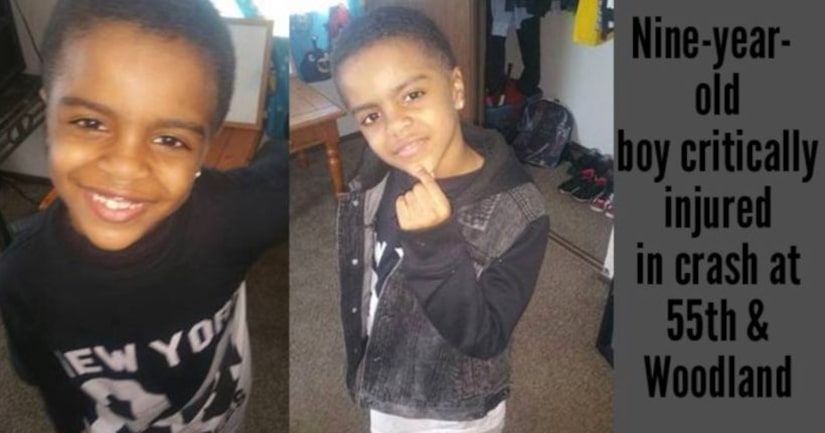 KANSAS CITY, Mo. -- (WDAF) -- The Jackson County prosecutor filed manslaughter charges Monday in connection with the death of 9-year-old Aaron Shanklin who died after a crash on July 12.

But on Friday, two days after the crash, Aaron Shanklin passed away as a result of injuries, so Baker upgraded the charges against Cottonham of Grandview to Involuntary Manslaughter in the 1st Degree.

According to court records, Cottonham was in a vehicle in the area of 55th and Woodland Avenue when a marked police vehicle attempted to pass him in order to respond to a call for service. A witness told police that Cottonham believed police were trying to pull him over. So the defendant fled, pulling ahead of the patrol car, until he wrecked at 51st and Woodland.

Police say Cottonham drove at excessive speeds and ignored traffic signals, until he crashed into the vehicle, injuring three, including Aaron Shanklin who was a rear passenger. Cottonham got out of the vehicle and fled. A witness also reported seeing men carrying guns leave the vehicle that the defendant was driving.

"He had overcome so much and worked so hard in his nine years already. If you didn't know he would just be the typical little kid running around you wouldn't have a clue," said Megan Williams, Aaron's aunt.