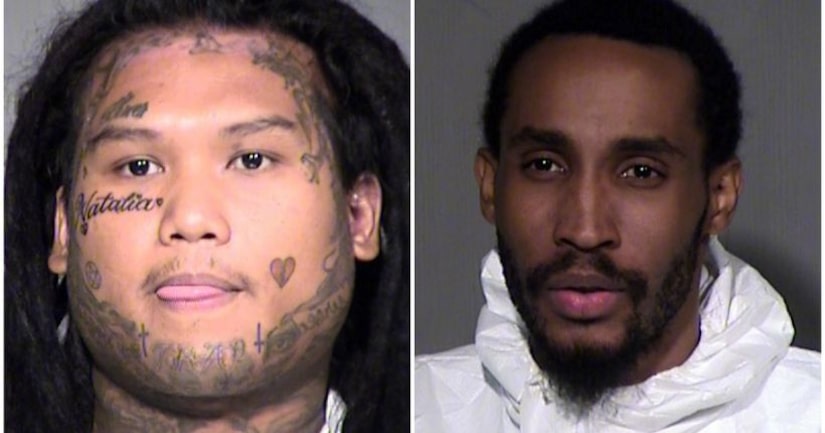 PHOENIX -- (KNXV) -- Two men have been arrested after a deadly double shooting that happened in April in north Phoenix.

Phoenix police report that on April 26 two men were shot and killed outside a liquor store near 35th Avenue and Greenway Road.

Both victims were 32-year-old men. Witnesses and video allegedly show Chheng and Banks being 'active participants' in the shootings, each pulling out a handgun during the assaults.

Banks and Chheng were located and arrested by police on Friday afternoon at Banks' home near 19th and Northern avenues.

Chheng denied being at the scene of the murders, while Banks refused to speak to police at all. Both are being held on $1,000,000 bonds for two counts of first-degree murder.