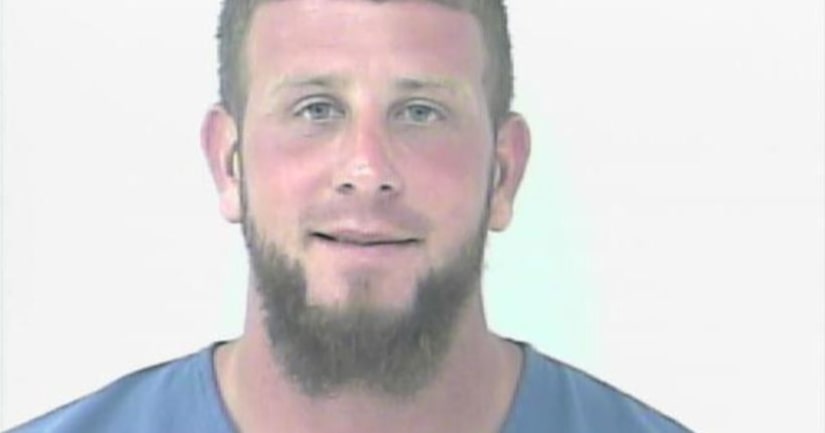 PORT ST LUCIE, Fla. -- (WPTV) -- A man pulled out a gun and fired a “warning shot” at a 17-year-old after the two argued over a cellphone sale, according to a Port St. Lucie Police report.

Joseph Giancontieri purchased an iPhone 6 from the teen for $300 on July 15, according to police. Giancontieri was unable to connect the phone to his service provider, so he arranged to meet the teen at McDonald's on July 16 to return it.

The teen allegedly gave Giancontieri $300 back in counterfeit money, the report states. Giancontieri said he immediately realized the money was fake and gave the teen the money back. He told police that the teen said he would exchange the money at McDonald's but instead ran away.

Giancontieri chased the teen across the street into a wooded lot behind a nearby Walmart and fired the “warning shot” at the teen as he ran, the report states.

When police arrived to talk to the teen, he was pacing back and forth, explaining that he ran in fear for his life after someone shot at him. He told police he was so scared he soiled himself; police noted in the report that they saw fecal matter “running down the back of his leg.”

Giancontieri told police the teen pulled a knife on him, which is why he fired the shot at the teen's feet. He said he “would not have missed” if he actually wanted to shoot the teen, the report states. Police said the teen denied having a knife and were unable to find one.

Surveillance video from the Walmart shows the teen running out of the store into the wooded lot, with Giancontieri following him in his truck, the report states.

The teen said he lost the phone and money during the chase. Police were unable to find the shell casing from the alleged shot.