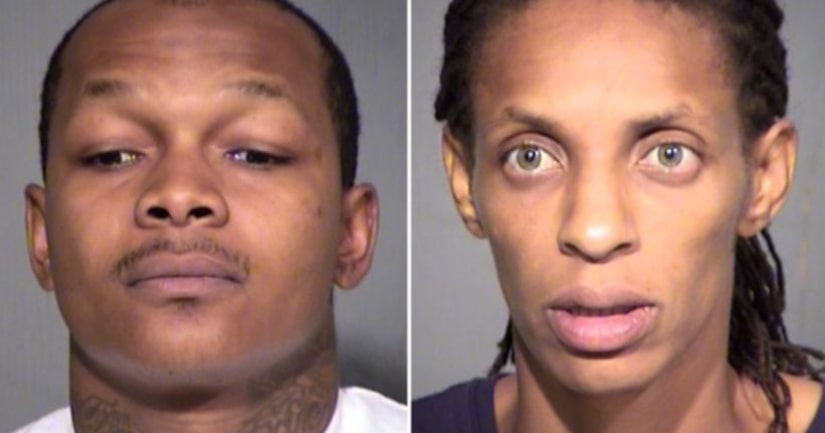 Scottsdale Police report that on May 29 about 2 a.m. three juveniles, ages 12, 14 and 16, burglarized the AT&T store near Frank Lloyd Wright Boulevard and Hayden Road.

After throwing a rock through a window and taking $3,000 worth of merchandise, the children jumped into a GMC Yukon. Inside the Yukon was 30-year-old Demarrwo Dupre Oakley and 32-year-old Stephanie Jean Renee Dorsey.

Police say two of the three juveniles are children of the couple. Text messages between all five suspects reportedly reveal that this was not the first time they have committed this type of crime.

All of the stolen merchandise, worth "tens of thousands of dollars," was located in the Yukon.

One of the children during their police interview confessed that his mother, Dorsey, and his stepfather, Oakley, forced them to commit the burglaries because "they were juveniles and they wouldn't get in as much trouble."