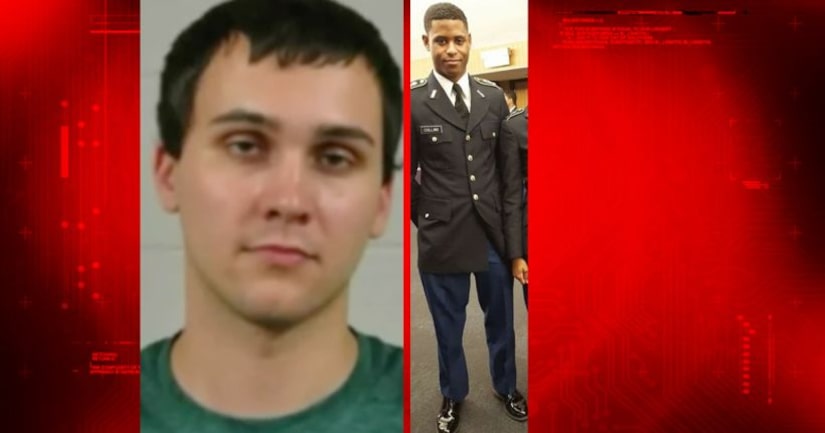 COLLEGE PARK, Md. -- (WDCW) -- A white University of Maryland student was indicted Thursday in the stabbing death of a black college student at a campus bus stop in May.

Urbanski, 22, of Severna Park, stabbed Richard Collins III in the pre-dawn hours of May 20, authorities said. Collins, 23, had been recently commissioned as a US Army Lieutenant and was three days away from graduating from nearby Bowie State University.

Urbanski's attorney, William C. Brennan Jr., could not be reached for comment. At a bond hearing in May, he argued his client was intoxicated at the time of the alleged crime.

Urbanski was a member of a Facebook group called "Alt-Reich," which spews hatred towards minorities and "especially African-Americans," police said.

Police said Urbanski yelled bizarre commands at Collins, who was with friends on the Maryland campus, witnesses told police. "He said to the victim, 'Step left, step left if you know what's good for you,'" the witnesses said, according to University of Maryland police chief David Mitchell.

Collins "looked at him puzzled with the other friends of his and said 'No,'" Mitchell said. "It was then that (the suspect) stabbed the victim in his chest."

Collins was pronounced dead at a hospital. The two men didn't know each other, authorities said.