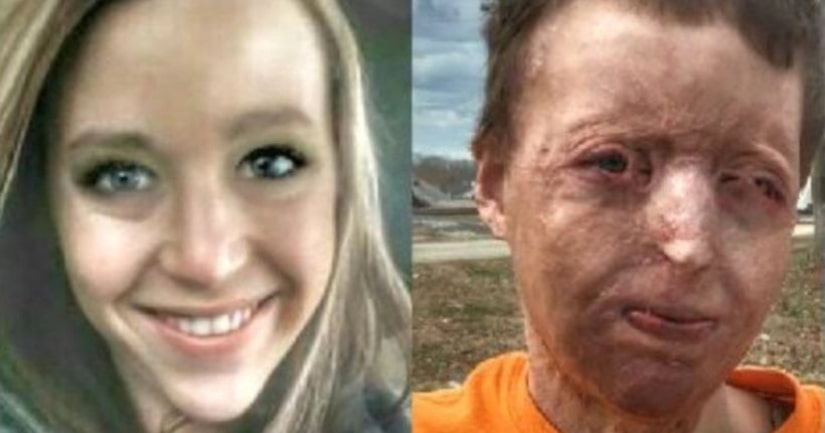 TALLAPOOSA, Ga. -- (WXIN) -- A woman who survived being severely burned in a campfire accident is talking about about what happened that day, and the obstacles she's had to overcome since as she rebuilds her life.

Courtney Waldon, 27, of Tallapoosa, Georgia, says she was sitting by a campfire, cooking last September when her husband lit the fire.

Some of the gas got on her body, then she was engulfed in flames. “I thought I was dying,” she told People Magazine.

Waldon was in an induced coma for a month, and finally came home after 51 days; she was left with fourth-degree and third-degree burns.

“It was horrible, it was the worst feeling I've ever felt,” Waldon told Barcroft. “But it's made me stronger today.”

Waldon, who is mother to a 5-year-old daughter, would face another obstacle shortly after she was released from the hospital – she told People her husband left her two weeks after she returned home.

She says her daughter is the reason she is still living, and is hoping her story helps others.

“I shouldn't be here but I am,” she told People. “I know that there are people out there who have it worse than I do. I've always been a believer that everything happens for a reason and I still believe that.”

FULL STORY: 'It's made me stronger': Georgia woman burned in campfire accident and left by husband speaks out - WXIN