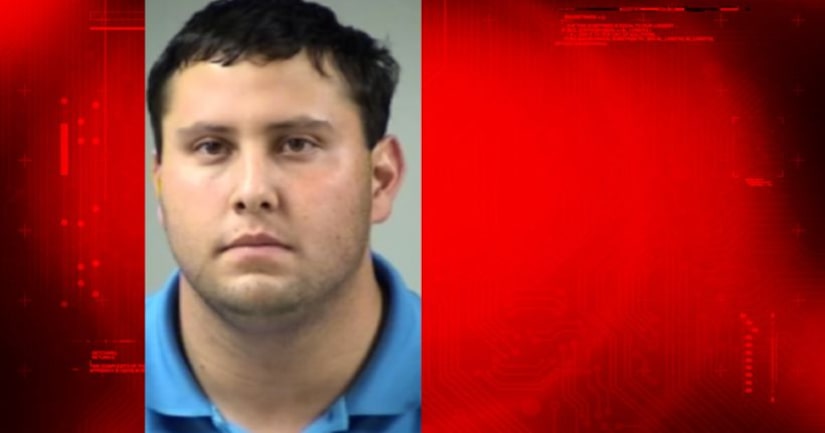 SAN ANTONIO -- (KABB) -- Officers have made an arrest in a molestation case involving two boys playing golf at a North Side country club.

The boys – one 12 years old, the other 13 – told investigators a man offered them a ride in a golf cart to the next hole at The Club at Sonterra golf course, then inappropriately touched them on July 3.

San Antonio police identified the suspect as Carlos Arroyave, 24, and arrested him on Thursday morning.

The arrest warrant says Arroyave pulled over near a wooded area of the course and asked if he could see the boys' “golf stance.” The 12-year-old victim told officers “when he stood up, the defendant grabbed his genitals through the outside of his clothing with one hand and his buttocks with the other hand,” according to the affidavit.

The boy resisted an attempt to pull down his pants and underwear.

The 13-year-old's genitals and buttocks were also grabbed through his clothes. “The defendant then placed his hand inside the witness's underwear and pulled it down exposing the witness's penis,” the arrest warrant states. “The witness gave testimony that the defendant did fondle his penis.”

Both boys ran from the area and reported the crime to golf course managers, then police were called.

Investigators say they approached Arroyave and he made a “spontaneous utterance” of “Whatever happened, I know I did it and I apologize,” adding “I am confessing to what I did.”

Police say the suspect agreed to be interviewed without an attorney and “claimed that he was showing both the complainant and witness a correct Golf Stance, but slipped and accidentally touched their genitals.”