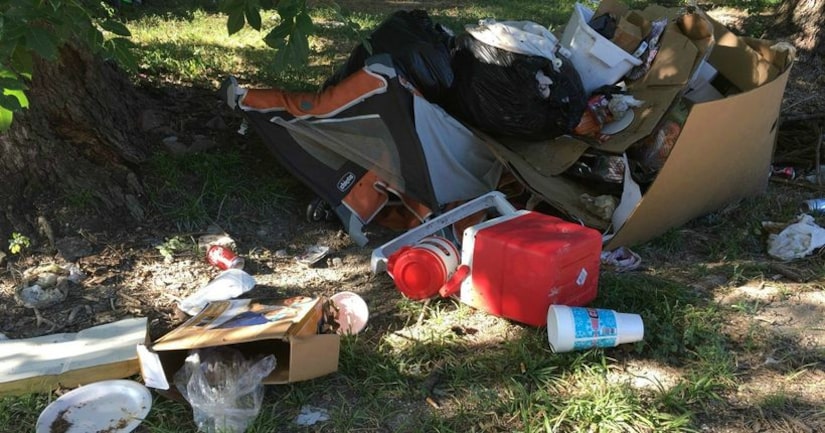 MART, Texas -- (WAVE) -- The Mart Police Department said that they are investigating after three children were found covered in dog feces on 500 block of E. Bowie St. on Thursday afternoon.

The arrest affidavit stated that two of the children had blistering sunburns and sagging, soiled diapers.

Police said the girl also had scratch marks on her and was covered in flea bites. Police also said their feet and faces were caked in feces.

Police added that there was trash everywhere, and it smelled terrible. The affidavit said that there appeared to be dog feces on the furniture, beds and floors.

Police Chief Paul Cardenas said that he had never seen anything like this before in his career.

Police said that they originally received a call earlier in the week about a city ordinance violation at the home. There was trash in the yard, and police said it looked like it was a general terrible hoarding situation. When the officer arrived on the scene, she became concerned when she saw the children.

The officer notified CPS, and they came to the scene but were denied entry to the home. The owner told CPS they would need a search warrant.

After CPS brought in police to the situation, police were also denied entry into the home. The man at the home refused to identify himself, and he was taken into custody. He was later identified as 62-year-old Doyle Cross.

Another man in the house said he did live there, but he is the father of the girl, according to the arrest affidavit. He was identified as Darious Johnson.