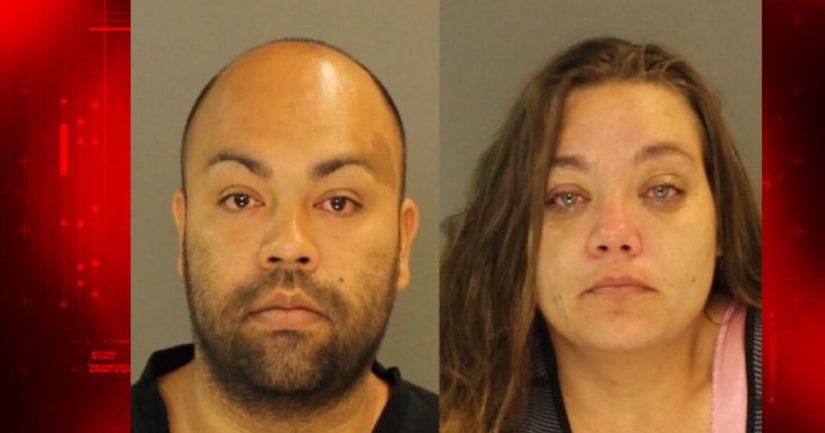 LANCASTER COUNTY, Pa. -- (WPMT) -- Two Lancaster parents are facing charges after police found them to be under the influence of synthetic marijuana in a filthy home with their children.

Abraham Olmo, 36, and Bobbie Jo Olmo, 32, are facing Endangering the Welfare of Children, Possession of a Synthetic Cannabinoid and Possession of Drug Paraphernalia charges for the incident.

On July 11 at approximately 4:45 p.m., police were dispatched to a home in the 100 block of New Dorwart Street for a drug violation that was reported to be in progress.

A teenage neighbor had observed the Olmos smoking what the person believed to be synthetic marijuana, which caused them to lose consciousness while their small children were unattended inside the home. The teen told another adult who called police.

Upon arrival, officers approached the rear of the home, where they watched Abraham Olmo standing at the kitchen counter. Olmo was swaying back and forth, had slowed motor skills and was not reacting to loud banging on his back door or loud verbal directions from an officer.

Finally, after repeated attempts to get his attention, Olmo turned toward the noise, and spoke to officers.

Police noticed that Olmo had blood shot eyes and spoke with mumbled words while exhibiting severe dry mouth. He also had difficulty keeping his eyes opening and concentrating on the conversation he was having with officers. Police recognized these as symptoms of a person who had abused synthetic marijuana.

While speaking with Olmo, two small children had walked down from the second floor.

Olmo confirmed that they were his children.

Police found Bobbie Jo Olmo passed out on a couch in the living room. She did not regain consciousness until police used a sternum rub to wake her. She too had difficulty concentrating, walking, and speaking. She also had bloodshot eyes.

While officers secured the home, they located numerous empty small plastic bags, consistent with the packaging of street level synthetic marijuana. Police also found a glass smoking device and a small bag of synthetic marijuana in the living room.

Officers also found the home to be in complete disarray. Every room of the home was strewn with trash, food containers, open cartons and jars. There was large amount of mouse droppings in the pantry, and the home appeared that there had been no attempt to clean or maintain it.

There was poison used to control mice next to open food items, all of which was within reach of the small children.