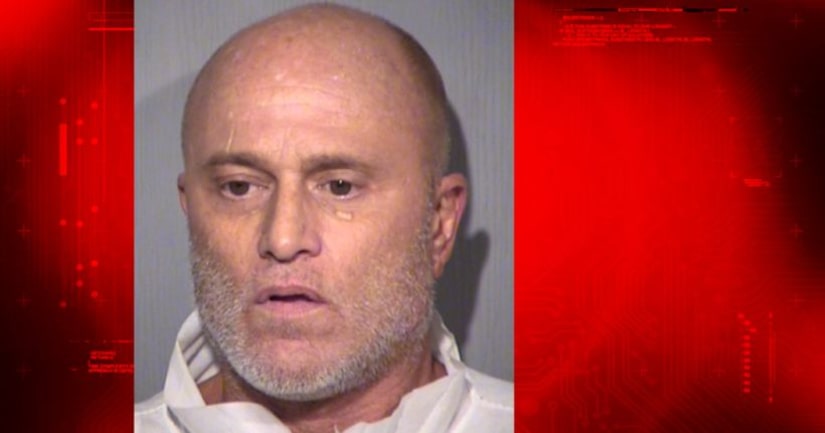 GLENDALE, Ariz. -- (KNXV) -- A Glendale man has been arrested on suspicion of beating his wheelchair-bound stepfather to death.

Authorities say 46-year-old Heath Allen McConkey remains jailed on suspicion of first-degree murder. His bond has been set at $1 million and he doesn't have an attorney yet.

Court records show that McConkey's 72-year-old stepdad was a disabled veteran, immobile without an electric wheelchair.

Glendale police were called to the home on Tuesday by McConkey's mother who called 911 when she found the two men on the floor in a pool of blood.

Police say McConkey was mad at his stepfather because he was "controlling and (did) not do anything except lay around in his bed all day." He then said he pulled him out of bed and punched and kicked him until passing out. His mother reportedly found the two and that's when McConkey woke up, had a cigarette and walked back to his bedroom.

According to police documents, McConkey told officials that he did not care that the victim died. They say he showed no remorse for his actions.