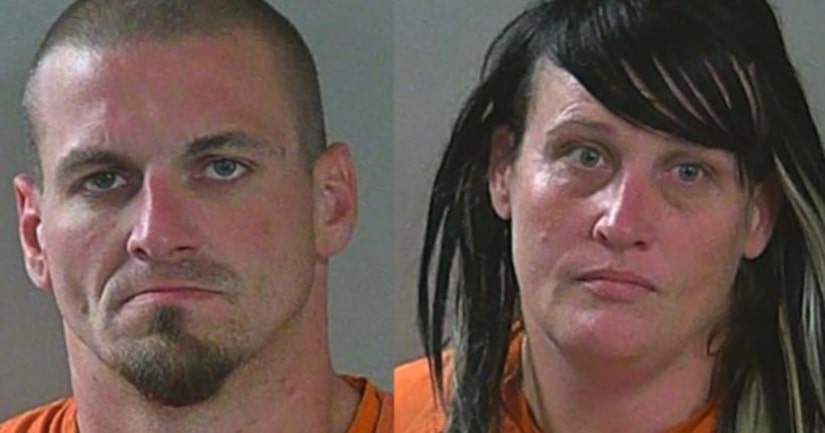 CALDWELL, Idaho -- (KNXV) -- Two people have been charged in connection with a stolen placenta and umbilical cord from a Caldwell, Idaho hospital.

According to a Caldwell Police report, Alexis Buller gave birth to a baby on July 3rd. After the birth, hospital staff went back into the room to recover the placenta, umbilical cord, and vials – only to find that they were missing.

The report states that during labor and delivery, staff at the hospital was concerned the mother was possibly using drugs; so the doctor ordered the placenta, cord, and cord blood be sent for testing.

After viewing surveillance camera video, police say they saw Buller's mother, Rhiannon Stoneham, “conceal something in her arms and walk out of the hospital to a vehicle and leave the scene.”

When the vehicle pulled into the parking lot, police say they approached both Rhiannon Stoneham and her husband, Kevin Stoneham. The woman reportedly told officers she was afraid for her daughter because she believed a friend had “spiked her daughter's drink” with methamphetamine when her daughter went over to buy marijuana from the friend.

The report said Rhiannon Stoneham's daughter felt like she was high on meth, and Rhiannon Stoneham knew that the baby would be taken away if hospital personnel tested the placenta for drugs. She then told police she was driven to the Jack-in-the-Box restaurant, where she threw the black trash bag containing the placenta and umbilical cord into the dumpster behind the business.

Rhiannon Stoneham stated she thought she could take the placenta and umbilical cord because they came from her daughter.

Rhiannon Stoneham was charged with felony destruction of evidence. Her preliminary hearing is set for July 19th at 8:30 a.m.