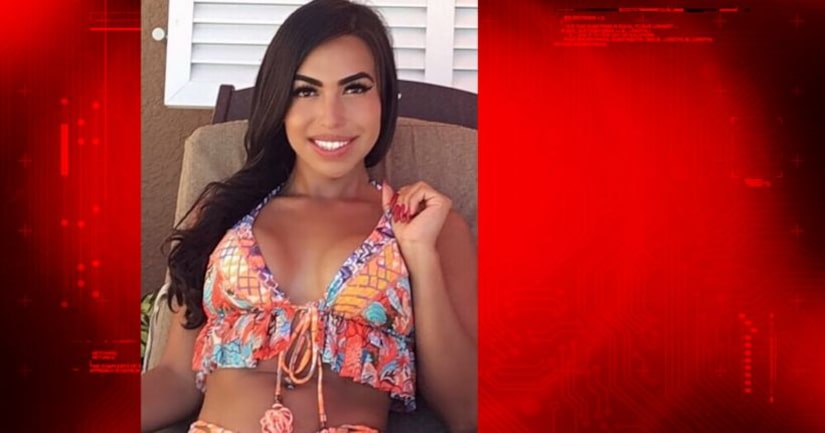 CLEARWATER, Fla. -- (WPTV) -- An Instagram model was arrested in Clearwater, Fla., after attacking an officer who was attempting to arrest her for allegedly trespassing at a hotel, all while she was naked.

Brissa Dominguez-Garcia was asked to leave the Edge Hotel in Clearwater on Wednesday after she was causing a disturbance. A night manager of the hotel told the 25-year-old model, with more than 70,000 Instagram followers, that she was no longer welcome on the property.

According to the police report, Dominguez-Garcia, acted like she was going to leave the property but was seen by security going into another guest's room on the property.

When officers arrived just after 4 a.m. to investigate the trespassing, they found the model "to be nude," the police affidavit states.

An officer handed her a towel to cover herself. She took the towel and used it to strike the officer in the face by swinging it in a whipping motion. Upon her arrest, she intentionally kicked several officers.

According to police, she kicked the officer who gave her the towel as he stood in front of her. She also “mule kicked” the officer when he was behind her attempting to arrest her. While handcuffed she intentionally kicked three officers total.

She also attempted to bite and spit on one of the law enforcement officers during the arrest, according to police.