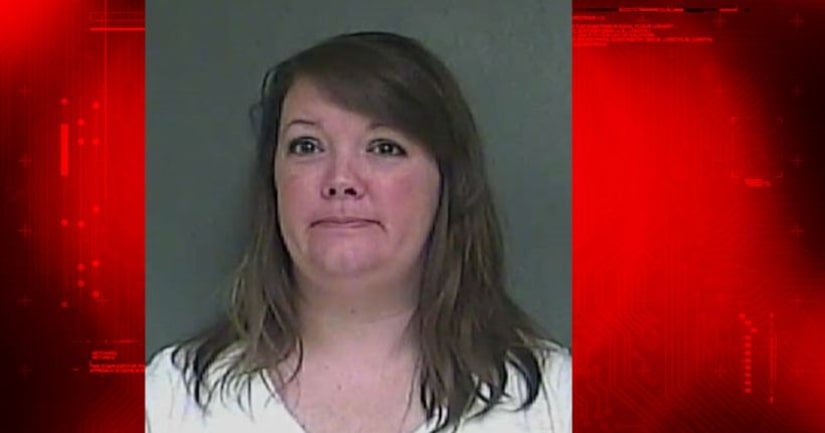 HANCOCK COUNTY, Ind. -- (WXIN) -- A former teacher's aide and substitute teacher who admitted to having sex with a student is back in jail for violating her probation, according to court documents.

Kisha Nuckols, 40, was reportedly taken into custody on Friday after a warrant was issued for her arrest. Court documents show that the arrest stems from social media use and the consumption of alcohol.

Officials searched Facebook and reportedly found a recently updated account for the woman that had not been registered with the Sex Offender Registry, which is required as part of her probation.

Probation officers paid Nuckols a visit on June 28. Court documents say officials found 14 bottles of alcohol, a red solo cup with chilled wine and a smartphone. The phone reportedly contained sexual images of Nuckols and had both Snapchat and Facebook Messenger applications installed.

Court documents say Nuckols claimed that the alcohol and phone belonged to a friend. A portable breath test was administered and Nucklos was found to have a blood alcohol content of 0.011 percent. Her probation does not permit the consumption of alcohol.

Nuckols was sentenced to two years of probation and two years of home detention when she avoided jail time in Nov. 2016.

While working as a substitute teacher at Mount Vernon High School, prosecutors say Nuckols sent a 17-year-old student explicit photos of herself and the two later had sex in Nuckols' home several times. According to court records, Nuckols confessed to police and even admitted to having inappropriate relationships with multiple students.