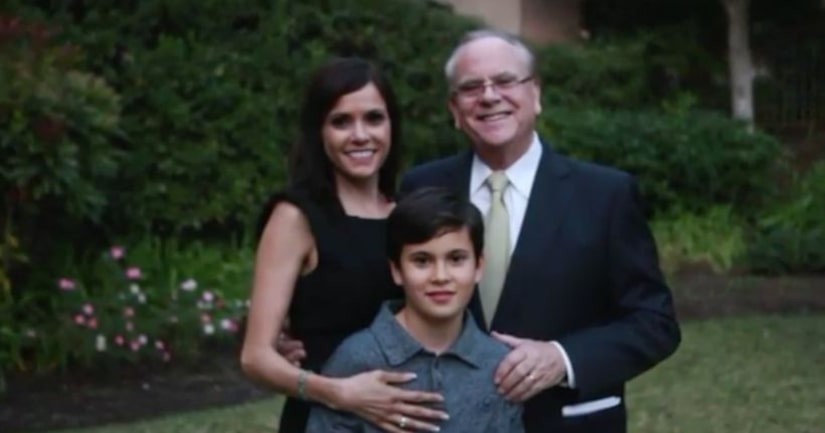 Deputies report they got a call from a home on Fireside Drive about an intoxicated woman throwing things and yelling. When they arrived at the home where the Lockyers were vacationing and arrested Davis Lockyer, the sheriff's office says her blood alcohol concentration was at .22 percent.

She posted bail around 9 p.m. that evening.

"I'm entering shelter, services, and treatment for alcohol with the babies, they get to live with me at New Directions for Women in so cal. Bill wants to stay married and we can go to counseling. Diego will stay with him. I have to stay strong and focused for them."

Davis Lockyer is an attorney and, according to her LinkedIn page, she works for the Los Angeles Homeless Services Authority. Her profile lists her as an executive director, though it is not clear when the page was last updated. She was formerly with the Alameda County Board of Supervisors and the Alameda County Family Justice Center.

Wedesday, Davis Lockyer posted the following to her Facebook page:

"Ok world, I love and adore my husband Bill Lockyer, and would prefer to be married to him another 14 years. But I'm struggling to do it again. He hits, hurts me, yells, and I care for my children in between...then he calls people in control to manipulate the situation. I don't have many options when your hubby is the former "top cop" and addicted to ambien. Thankfully, the babies have not witnessed it directly. This is not an easy posting by any means, but I'm being honest. I also acknowledge I haven't handled our situation as best I can at all times. All the people close to him know he has a temper, and some of you are my best friends, but I never imagined it would come to this. He needs your support, and help, which he is unwilling to accept now as a couple. So, with a huge broken heart and bruises, I'm strongly considering filing for legal separation. Please keep us in your prayers. I hope and pray we survive this. This is my final post for a long while."

She has a history of scandal, including admitting on multiple occasions to using methamphetamine. She also apparently had an affair with a construction worker who she met while she was in rehabilitation.