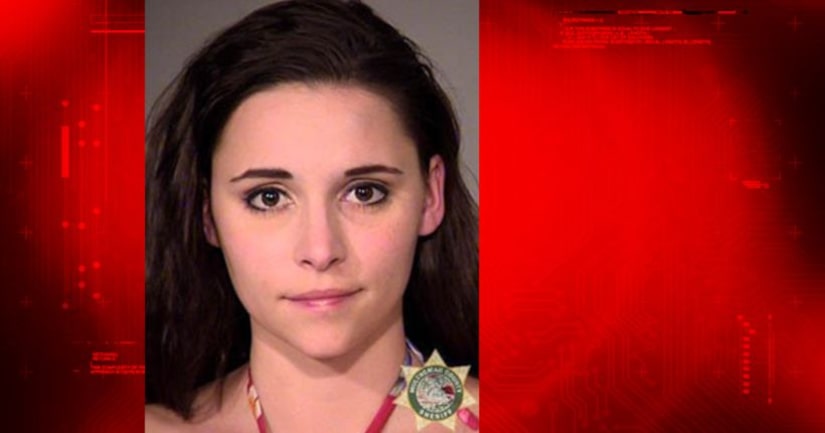 PORTLAND, Ore. -- (KRON) -- An airline passenger will likely receive 3 years of probation after smuggling alcohol on board an aircraft, licking a passenger's ear and touching the passenger's breasts, according to court documents.

Heidi McKinney had been charged with abusive sexual contact, but pleaded guilty in March to assault with the intent to commit a felony.

She will be sentenced in U.S. District Court on Monday. In addition to the 3 years of probation, federal prosecutors will ask a judge to sentence McKinney to mandatory drug and alcohol counseling and monitoring and order her to pay $3,000 in restitution.

Shortly after taking a plea deal, McKinney was found unconscious and intoxicated at a local bar, according to court documents. She eventually completed an inpatient treatment program in mid-June.

The investigation began on May 8, 2016 when a 19-year-old woman boarded a flight in Las Vegas to come back home to Portland.

The flight was nearly full, with only two open seats being the middle and window seats in the victim's row. After nearly every passenger was seated, the victim heard two women board the aircraft. The women were described as being “rowdy.”

McKinney, according to court documents, took her seat in the victim's row and placed her hands on the female passenger's chest “allowing her hands to linger there uncomfortably.”

After taking her seat, McKinney attempted to have small talk with the seated passenger and was asking personal questions that the victim did not want to answer.

The small talk consisted of insulting the victim's perceived economic status and McKinney bragging about her own purported wealth. McKinney even took several photos of the victim during which McKinney placed her arm around the victim, according to court documents.

“As the plane took off, things got worse,” court documents state.

The harassment continued. McKinney pressured the victim to drink liquor that she had smuggled onto the plane. When the victim refused, McKinney held the small bottle up to the victim's face and then threw it on the victim's lap.

The verbal abuse turned physical when McKinney started licking the victim's ear, grabbing her hands and attempting to place them on McKinney's breasts and placing her hands on the victim's crotch three separate times, according to court documents.

The physical abuse culminated with McKinney “climbing on top of the victim and telling the victim that she wanted to [redacted],” according to court documents.

When the victim pushed McKinney off, McKinney cursed at her and called her “poor.” The flight crew eventually moved the woman away from McKinney.