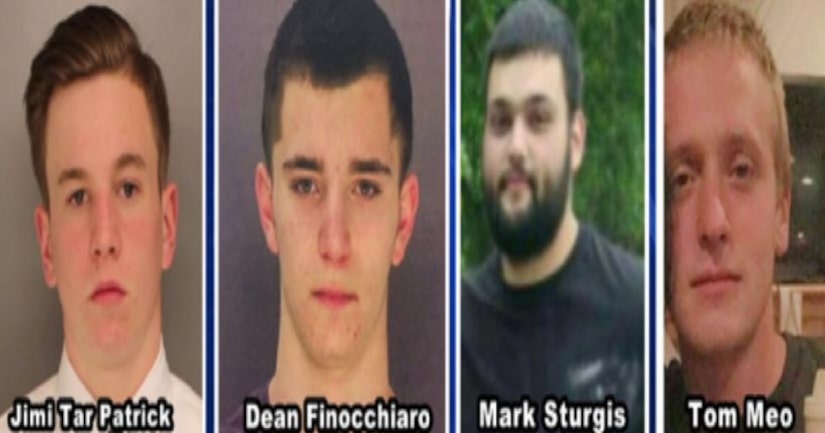 BUCKS COUNTY, Pa. -- (WPMT) -- Police are searching for four young men who have gone missing within almost a week.

According to FOX29, the four missing men have been identified as Mark Sturgis, 22, of Pennsburg, Tom Meo, 21, of Plumstead, Dean Finocchiario, 18, of Middletown, and Jimi Tar Patrick, of Newtown Township.

While investigators have said the men are friends, it is unclear if there is any other connection.

On Sunday evening, State Police searched a home along Aquetong Road in Solebury Township and found a car belonging to one of the teens in a garage.

FOX29 also reports that a car belonging to Sturgis was found in Peddler's Village parking lot on Monday morning.

Solebury Township Police have set up a staging area for media, possibly to provide an update on the search for the missing men.