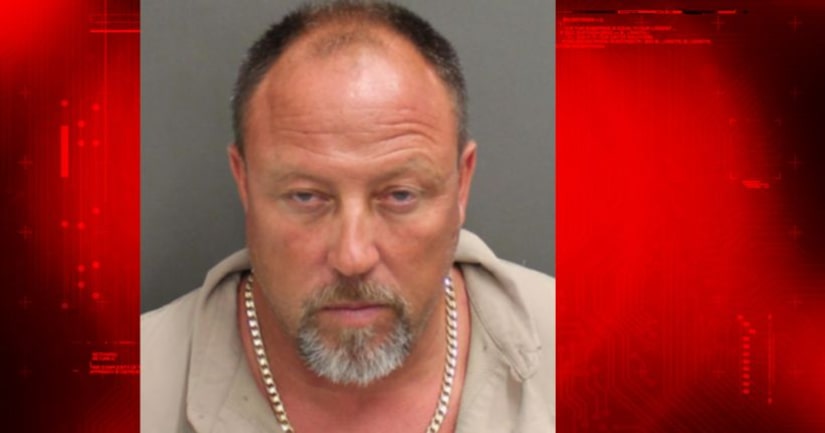 ORLANDO, Fla. -- (WKMG) -- A DeBary man is accused of fatally shooting his girlfriend's ex-husband multiple times during an encounter in Orlando Friday evening, according to the Orange County Sheriff's Office.

Clay Curtsinger, 47, tried to claim self-defense and told authorities that the victim, Jack Radke, pulled a gun on him and accused him of having an affair with his wife, but an investigation found that Radke never had a gun, the arrest affidavit said.

Curtsinger is in a romantic relationship with Radke's ex-wife and the two had just opened a joint bank account hours before the shooting. Radke and the woman have been divorced for approximately four years.

Witnesses told deputies that Radke parked his white Ford van near the curb of Budworth Circle around 6:30 p.m. and was having a conversation with an acquaintance when they noticed a white Dodge Ram pickup truck stopped near an intersection.

Radke thought his van was blocking the road, so he pulled forward closer to the curb. Deputies said Curtsinger pulled the Dodge truck next to Radke and fired seven shots, six of which struck Radke. Witnesses said the shooting happened within seconds and there were no words exchanged between the two men.

Curtsinger's girlfriend told authorities that Curtsinger left the house in a rush shortly before the shooting, but then quickly returned to retrieve his wallet, which contains his concealed weapons permit, according to the affidavit.

Curtsinger told his girlfriend that he had just shot her ex-husband, deputies said, then he ran toward Budworth Circle.

Deputies at the scene told Curtsinger that the evidence didn't indicate self-defense since Radke never had a gun and witnesses said they never interacted before the shooting, the report said.

"Well, let's get this over with. The [Department of Veterans Affairs] will have a field day with you over this. I was defending myself," Curtsinger told deputies, according to the arrest affidavit.