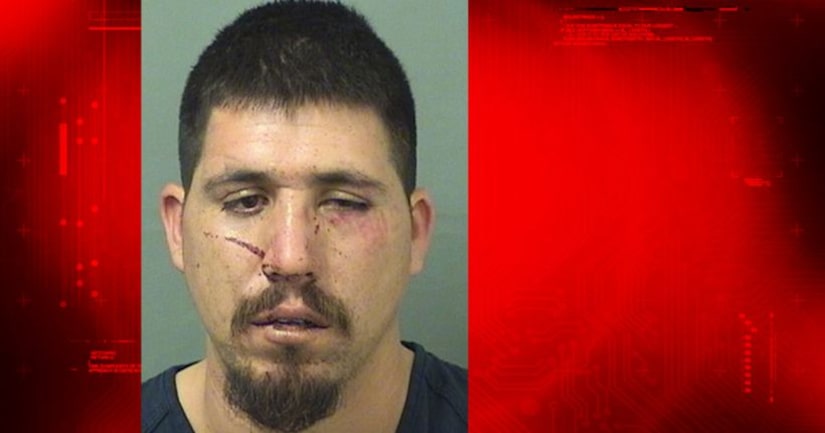 PALM BEACH -- (WPTV) -- A man accused of lighting his apartment on fire and strangling his girlfriend early Sunday morning is being held in jail without bond.

At the time of his arrest, deputies said they found Antonio Luis Aguilar, 32, a native of Mexico, with a lighter and burn marks on his shirt.

An investigator with Palm Beach County Fire Rescue determined Aguilar set fire to clothes in his bedroom at an apartment in the 2400 block of Second Avenue North.

Aguilar's brother and sister-in-law were inside the apartment when it was set on fire around 2 a.m. Sunday.

Attorneys said Aguilar had previously been removed from the U.S. before this incident. Aguilar has an immigration hold with ICE in case he is released from jail.