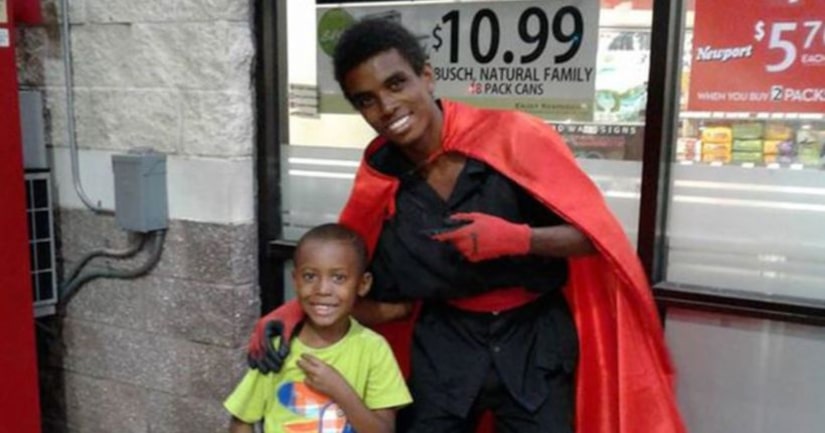 LAKE COUNTY, Fla. -- (WKMG) -- A man with autism known to the community as the "Minneola Superhero" was attacked Thursday by a 26-year-old man who told deputies he wanted to "fight with Superman," the Lake County Sheriff's Office said.

A deputy responded to a battery call at the 7-Eleven on Highway 27 and Washington Street and found the victim. The victim is deaf and usually stands at the same corner waving at people wearing a Superman costume, according to the report.

The deputy wrote that the victim is very friendly and has assisted him on multiple calls at the 7-11 gas station as a witness.

The victim wrote on paper to the deputy that a white man, later identified at Tyler McCorvey, 26, punched him in the chest, then bashed his head against a vehicle. Nearby witnesses came to the victim's aid and McCorvey ran off, according to the arrest report.

The suspect was found walking down Pearl Street, when deputies asked about the incident McCorvey said he was trying to fight with superman and that he challenged him to a fight, but did not hurt him, according to the report.

Deputies drove McCorvey back to the 7-11 where the victim positively identified him as the person who hit him. McCorvey was arrested and taken to the Lake County Jail in Clermont for booking. While at the jail McCorvey was screaming and crying and dunked his head in the toilet, the deputy wrote in the report.