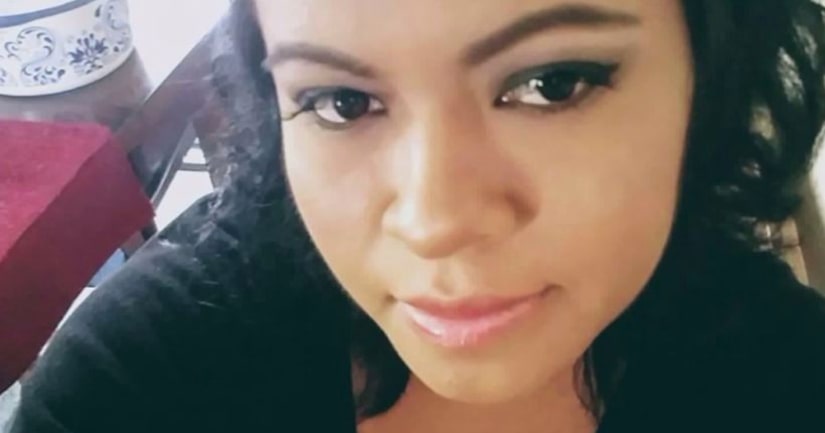 TUSTIN, Calif. -- (KTLA) -- A man was arrested after allegedly strangling his wife to death in their Tustin apartment on Thursday, police said.

Officers responded to the 15700 block of Tustin Village Way about 9:25 a.m. after Erik Merida-Diaz called police and claimed to have injured a female in his apartment, according to a Tustin Police Department news release.

When they arrived, police found Diaz in front of the residence and detained him. Officers observed cuts on his arms that were not life-threatening, and he was transported to a nearby hospital.

Homicide detectives determined Diaz was responsible for her death, with initial evidence suggesting she died of strangulation.

An official cause of death has not been determined, pending an autopsy exam by coroner's officials.

Diaz has been placed under arrest and will be booked into jail following his release from the hospital, police said.

The couple's two children were home at the time of the attack, Tustin Police Lt. Robert Wright said.

They lived in the apartment with others inside the unit, possibly multiple families. Two other adults were home at the time; it was unclear what their relation to the family was, according to investigators.

Jorge Delgado, Ventura's brother, said his sister had been married to Diaz for about 10 years.

“The point here is she was a great mom and great wife,” he said.

One neighbor described the man and woman as a "normal couple." She told KTLA she was stunned by what took place.

"He's actually pretty friendly. He's the one that who would say, 'Good morning,' 'Hi.' He's the one who would smile more," the woman said. "I'm in shock, cause, I mean, they just seemed like a normal couple. They really did ... I've never seen them arguing or fight."

No further details were immediately provided about the incident.