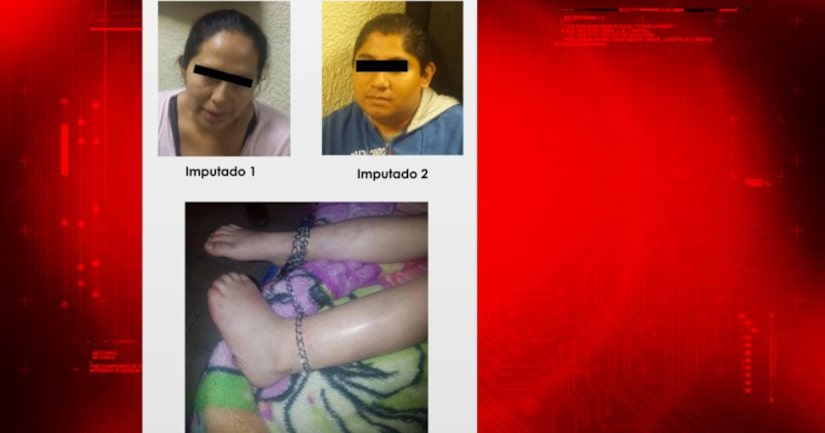 MEXICO CITY -- (KTLA) -- The father of a 5-year-old boy found beaten and chained in Mexico City last month is hoping the child will soon be returned to him in Escondido.

The boy, Anthony Castro, who is a U.S. citizen, was sent to live with his father's sister and her husband after his mother and father separated, the San Diego Union Tribune reported.

Castro was rescued on June 27 from a home in Mexico City, where prosecutors said he had been chained, starved and beaten.

The boy's aunt and uncle were arrested and charged with illegal deprivation of liberty for the purpose of causing harm, the Tribune reported.

If convicted, the couple faces 60 years in prison.

Castro's father, Pascual Castro, is not a U.S. citizen but went to the office of Rep. Darrell Issa in Vista for help getting his son back to the U.S. after hearing of the news.

“We will do everything in our power to get him out of this abusive situation and into a safe and stable environment where he can get the help he so desperately needs,” Issa said in an emailed statement to the Tribune. “This is absolutely heartbreaking.”

Where the boy ultimately ends up however depends on the special prosecutor for the rights of children in Mexico City, Mexican Consul General in San Diego Marcela Celorio told the Tribune.

Pascual Castro told El Universal he had recently seen videos of his son and thought everything was OK.

“I never thought they would treat him like this. It hurts me a lot, my poor son,” he said. “I feel terrible about this.”

Anthony Castro's grandmother, Virginia Sanderson, told the tribune she did not know the boy had been sent to live in Mexico.

She said Castro had won custody following his separation from the boy's mother, Dawn Sanderson, who is a U.S. citizen.

FULL STORY: Father of malnourished 5-year-old found in chains in Mexico hopes son will be returned to U.S. - KTLA