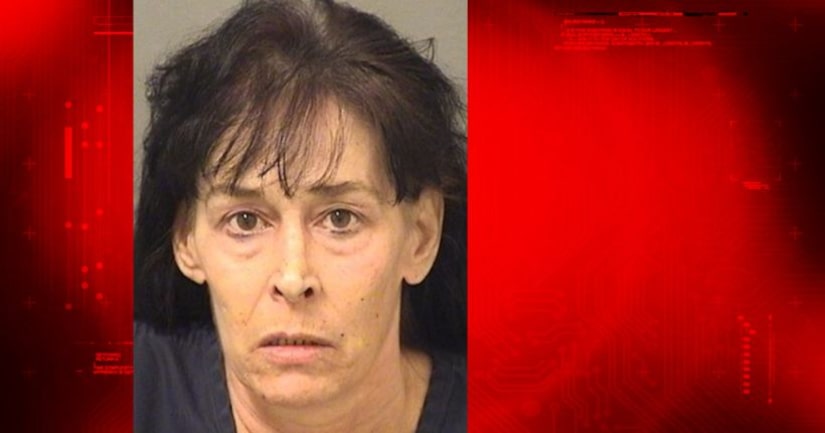 ROYAL PALM BEACH, Fla. -- (WPTV) -- An elderly woman was punched and had her wallet stolen after a suspect claiming to be police jumped into her car, according to a Palm Beach County Sheriff's Office arrest report.

Deputies arrested Debra Dolce for robbery, burglary and battery on a person 65 years or older.

The 80-year-old victim told deputies she was driving along Southern Boulevard on July 6 when her car was hit. The suspect, later identified as Dolce, banged on her driver's side window and shouted, “I am the police, you need to obey me,” the report states.

The woman told police in a report that she opened her car door for Dolce.

Dolce got in the car and tried to steal the woman's purse. When the woman grabbed it, Dolce punched her on her back, according to the report.

Dolce grabbed a tube of pepper spray from the woman's purse and threatened her with it, the deputy wrote.

The two struggled, and the victim was cut as Dolce grabbed her car keys and drove away. She took the victim's wallet with her, the report states.

PBSO deputies followed Dolce back to her home in Boynton Beach and arrested her. They said she confessed to stealing the woman's wallet, explaining that she was looking for the woman's insurance to cover the crash and “snapped."

Deputies matched a fingernail they found in the victim's car to Dolce. There had been one missing from her index finger.