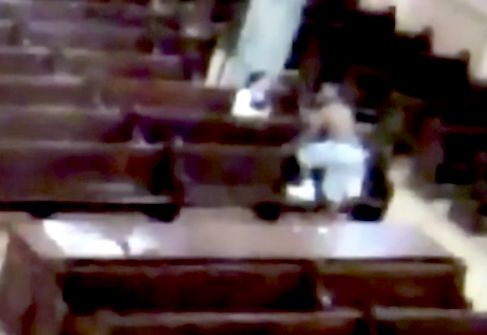 WPIX
WPIX - "The alarmed nun looked over at a woman in another pew and the man said, "She can't help you. I'm going to kill you.'"

BROOKLYN, N.Y. -- (WPIX) -- Police are investigating after a man walked inside a Prospect Heights church and threatened to kill a nun.

It was all caught on video inside the Co-Cathedral of St. Joseph on Pacific Street.

Police say 49-year-old Maria Amador, Mother Superior of her community, was praying in a pew at about 2 p.m. Wednesday inside the church when the man approached her.

He told her, "I don't believe in this because you don't help the poor." When the nun did not respond, he asked, "What did I say?"