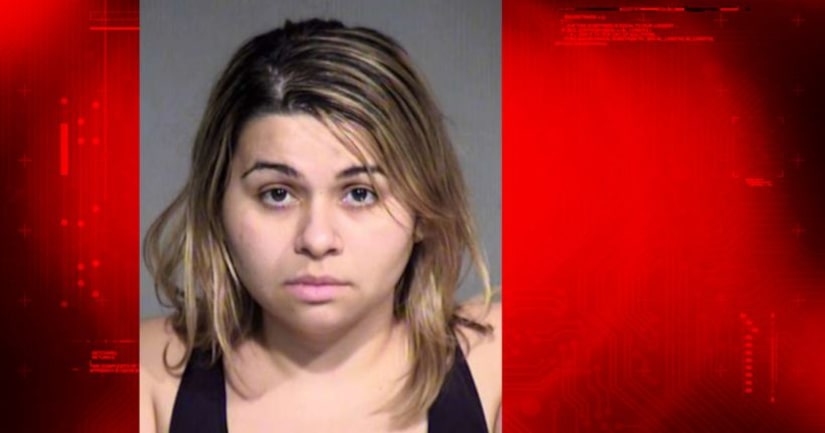 PHOENIX -- (KNXV) -- A woman allegedly defrauded a Scottsdale man of $175,000 claiming it was for a lifesaving surgery when it was actually used for breast implants, liposuction and jewelry.

Scottsdale police report that in 2016 a man was approached while eating dinner at a restaurant near Hayden and McDowell roads by a woman who invited him to her home for dinner.

As the two became friends, the victim bought the woman beds because the woman told him her grandchildren would come over to her home and have no place to sleep.

The woman later introduced the man to her 'daughter,' 25-year-old Amanda Nancy Nicholas, and over the next few months, they became friends as well.

In June of 2016, Nicholas, who also goes by Angela Wilson, reportedly came to the victim saying she had cancer and needed cash for a lifesaving kidney transplant. The victim insisted on talking to the doctor. He spoke with a Dr. Golshani of California and agreed to send him $175,000. Police say Golshani is a plastic surgeon who performed plastic surgery on Nicholas giving her breast implants and liposuction.

Police served a search warrant on the savings deposit box of Nicholas where they found cash, a gold necklace, a Rolex watch and empty cash wrappers totaling $96,000.

Police also determined that the victim has dementia or Alzheimer's.