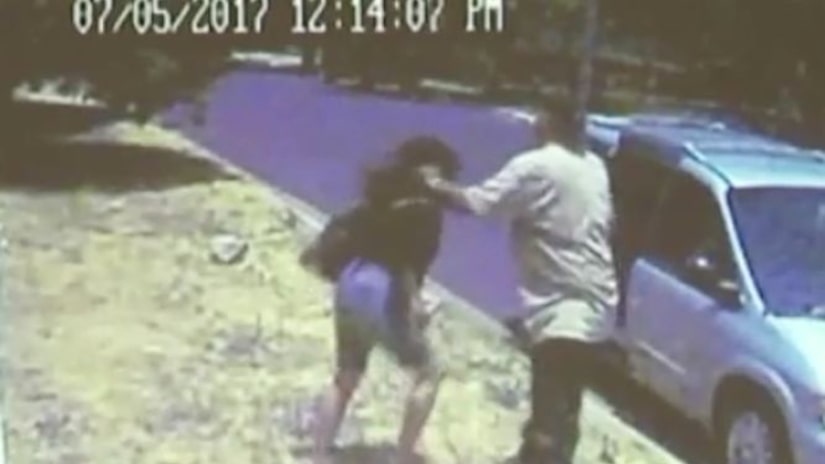 SYLMAR, Calif. -- (KTLA) -- Police were attempting to identify and locate a kidnapper after video emerged of a man grabbing a woman by the hair and shoving her into a minivan in Sylmar on Wednesday.

The footage was captured around 12:30 p.m. in the 15500 block of El Cajon Street, according to a statement from the Los Angeles Police Department.

In the video, the victim was first seen speaking to a heavyset man as they stood next to a light-blue Chrysler minivan parked on the curb, officers said.

FULL STORY: Police seek kidnapper after man is caught on video forcing woman into back of van in Sylmar: LAPD - KTLA