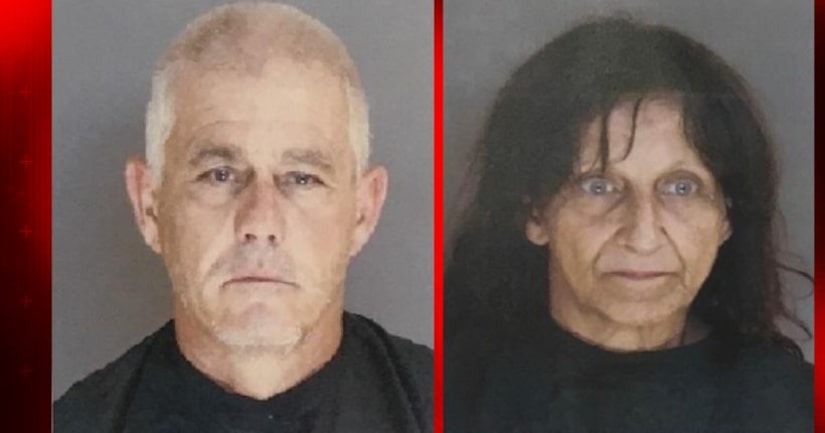 SUMTER, S.C. -- (KABB) -- A mother, father, and son are all facing felony charges after deputies in Sumter County completed on of the biggest drug busts they've ever seen.

During an ongoing investigation, the Sumter County Sheriff's Office received information that a large amount of marijuana was being brought into the county from the state of Washington, at a specific time and to a specific place.

Just around noon Wednesday, law enforcement officers went to the address where they were told the drugs would be. Upon arrival, officers advised the homeowners of the information that was received and both granted consent that no illegal items were in their home or vehicle.

A search was conducted and deputies did not find anything in the home or the vehicle parked at the home.

A white Totoya Rav 4 Sports utility vehicle that was registered to the mother was seen parked near the home at a neighbors house.

Deputies and a K-9 conducted a free air sniff on the vehicle when the K-9 indicated the presence of illegal drugs.

In total, narcotics officers, as well as deputies, seized 63 pounds of marijuana with an estimated street value of up to $180,000.Deputies arrested two individuals, 59-year-old Robert W. Hendrix and 61-year-old Marianne Hendrix both of Dalzell.

The duo has both been charged with trafficking marijuana, 10 pounds or more but less than 100 pounds. This is a class E felony in South Carolina which carries a prison term of up to 10 years plus a significant fine.

A third person was charged after he turned himself into police just before 5 p.m.

Michael Anthony Hendrix, 30, was also present during the ride to Washington state to purchase the large quantity of marijuana to bring back to Sumter.Michael is the son of the couple and will face the same felony charge as his parents.