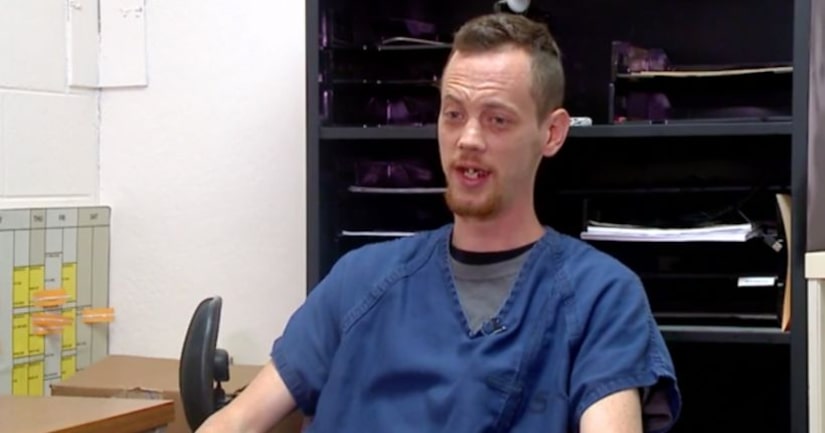 KOKOMO, Ind. -- (WXIN) -- From inside of the Howard County Jail, 27-year-old Stephen Richey talks to FOX59 News about felony charges he is facing from an attack at a Kokomo Park on July 4.

“I drank some more and then the next thing that I remember I am getting mased,” said Richey.

Police say Richey attacked two 65-year-old men while they were walking at Foster Park Tuesday morning. Police say the men saw Richey screaming at a tree and say he was trying to stab the tree with his knife.

“They noticed that he was acting unusual and then say he approached them with a knife and was coming at them,” said Kokomo Police Sgt. Tonda Cockrell.

“I do not remember any of that. I do not know why I would even do that…that is not like me. I don't do stuff like that ever,” said Richey.

According to court documents, the men say Richey then turned towards them and began to charge at them with a knife while screaming profanities. The men say they felt threatened and one sprayed Richey in the face with pepper spray.

“I feel terrible…I feel horrible because they did not deserve to go through that,” said Richey.

The men were not injured. Police say Richey was passed out on the ground when officers arrived and he was taken to the Howard County Jail, where he found out what police say happened.

“They said you got a level five and a level six felony and I was like…no way? I was doing so well and everything was going so perfect,” said Richey.

Richey says he had way too much to drink and blacked out during the attack. He says he wants to get help for his alcohol problem when and if he gets out of jail.

“It bothers me so much to know that I did that. That is going to eat me alive the whole time I'm in here,” said Richey.

FULL STORY: Kokomo man accused of attacking people at park while holding knife says he was blacked out - WXIN