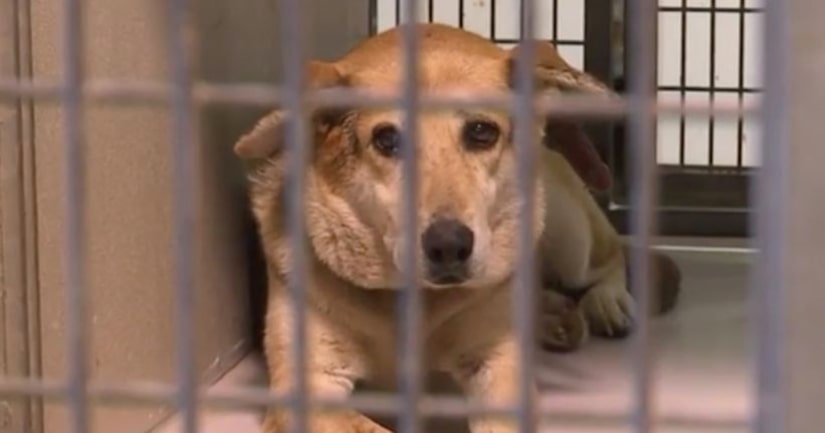 KANSAS CITY, Mo. -- (WDAF) -- A Kansas City Animal Control officer says he had his life threatened by a Northeast Kansas City homeowner, then risked his own life to try to save one of the dogs who fled the home's feces-covered floors and ran on the roof.

Animal control was first called to the home in the 600 block of Fremont Avenue last week by someone concerned about the three Chihuahuas living inside.

“After making contact with the owner I determined there was a pretty big reason for concern for the welfare of the dogs, based on just the overwhelming odor that was coming from the house,” Officer Chris Harriman said.

He got a warrant to go inside Wednesday and was shocked by what he found, calling it some of the worst living conditions he'd ever seen.

“Inside the house we discovered it was completely covered in feces and trash. There wasn't a surface to step on that wasn't covered with at least an inch of feces and it appeared that the house had been in this condition for a number of years,” he said.

As he sifted through piles of garbage and feces trying to find the dogs, the homeowner, who neighbors say had long since moved away, showed up.

“The male owner of the property did threaten to shoot me, made a reach for his pocket to pull something out that I'm told was a loaded magazine.”

The owner would later collapse and need to be taken to the hospital. Just about that time one of the Chihuahuas made a run for it out a second story window.

“Inside of that particular room the debris does reach to the level of window.”

Harriman was able to rescue the dog from the roof. All three Chihuahuas and a shepherd-mix tethered in the backyard were taken to the shelter to be examined by KC Pet Project.

“They have a lot of fleas, just standing looking at them you can see the fleas moving on their bodies and their faces," KC Pet Project communications director Tori Fugate said.

The dogs had access to food and water. City officials posted a letter on the door declaring the home unsuitable for any human or animal to live in. The owner is expected to cited for animal cruelty.