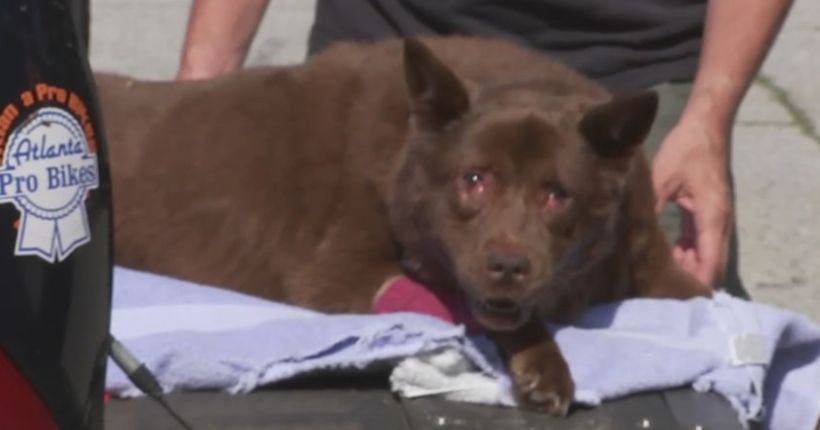 TUCKER, Ga. -- (WXIN) -- A dog named Lulu has died after she was found buried alive along a Georgia trail, with just her snout and eyes visible in the tightly-packed earth.

Eric Purdue found the brown chow chow mix along a dirt trail in DeKalb County, Georgia, according to WXIA-TV. She was completely unable to move and had been there for at least two days, Purdue estimated.

After about 30 minutes of digging, Purdue, along with his nephew and son, freed the dog and took her home for the night to bathe and feed her. He told the station he gave her the name Lulu and had plans to adopt her.

However, Lulu died the following day at the animal hospital.

Purdue said he plans to go back and fill the hole where he found Lulu while trimming briars that day.

The Humane Society and People for the Ethical Treatment of Animals are offering a combined $15,000 for information leading to an arrest in the case.