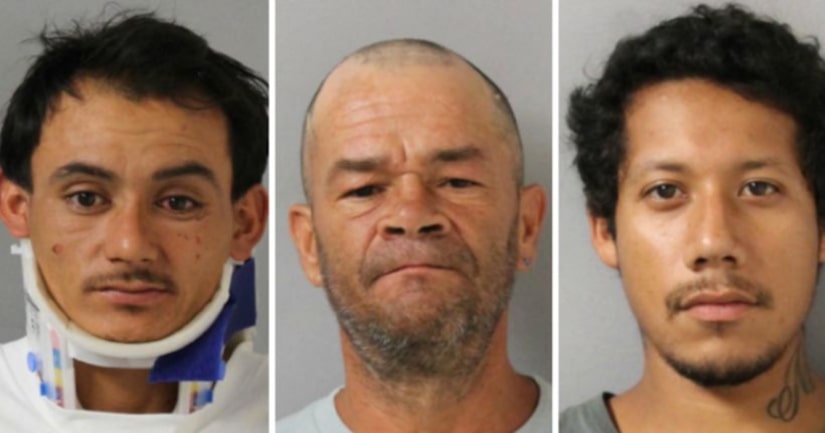 NASHVILLE, Tenn. -- (WZTV) -- Metro Nashville Police arrested three men on Monday after one of the men was found urinating in the middle of a street while the others fled from officers.

According to arrest records, police responded to Ed Temple Boulevard on Monday and found 48-year-old Angel Orta in the center lane of the road urinating next to a vehicle parked in the road.

When the responding officer made contact with Orta, the other two occupants fled in the Honda Odyssey. Police say the men ditched the vehicle after crashing with another driver. The men, identified as Orlando Lopez and Jesus Linarez, were captured by police following a brief foot chase on 28th Avenue North.

Police say alcoholic beverages were found inside the vehicle. Lopez admitted to driving the vehicle and Linarez was found to have an outstanding warrant for parole violation. Police add Orta, originally found urinating in the road, admitted to drinking during the day.