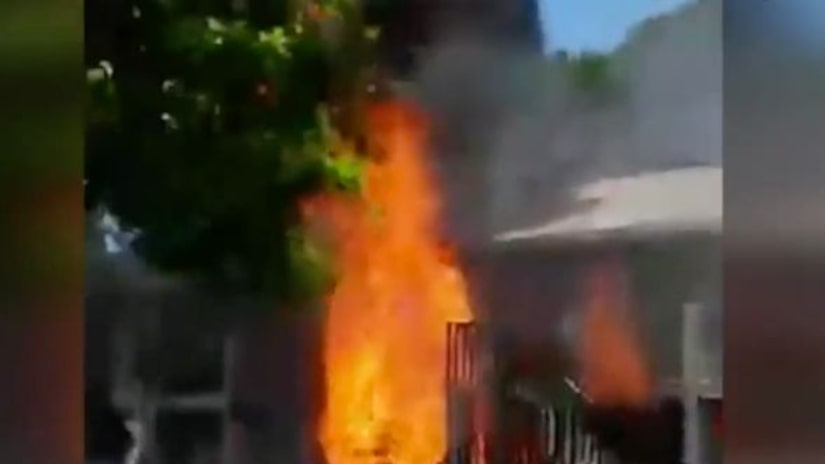 FORT PIERCE, Fla. -- (WGN) -- Police in Florida say a 31-year-old man loaded propane tanks into his car and rammed it into an apartment building where his former girlfriend lived.

Fort Pierce police spokesman Ed Cunningham tells Treasure Coast Newspapers that five adults and a toddler escaped uninjured through a back door when Carl Philbert, who died in the crash, smashed into the building and caught fire.

Cunningham says Philbert was an immigrant from Haiti who had been staying at hotels in the area.