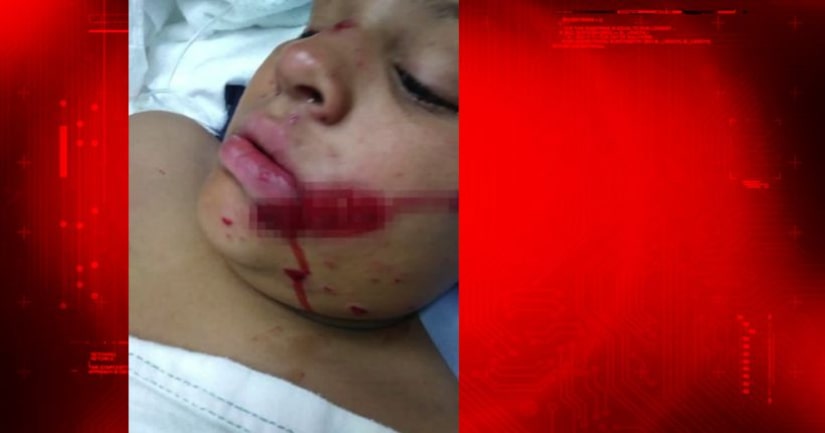 Police were called to the 2300 block of Cedar Street about 8:40 p.m. to assist fire crews with a medical aid call regarding three boys injured as a result of an aerosol canister explosion, San Bernardino Police Department Lt. Mike Madden said.

“The injuries ranged from superficial facial and appendage injuries, to more serious injuries to include potential loss of appendages,” Madden said.

A neighbor described the chaotic scene.

“All I saw was tissue, skin and flesh on the sidewalk … It was just crazy, chaos,” neighbor Christan Knox said.

The boys are all believed to be neighbors living on the same street, Madden said.

The mother of the 10-year-old told KTLA the boy had been released from the hospital and was back at home Wednesday.

She said he would need to have his eyes and hearing checked sometime this week.

It was unclear if the other two boys were still hospitalized.

Multiple adults were in the area at the time of the incident but authorities were still investigating whether the boys were being supervised.

“This is just yet another example of how dangerous fireworks can be,” Madden said.

Anyone with information was asked to call the Police Department at 909-384-5742.