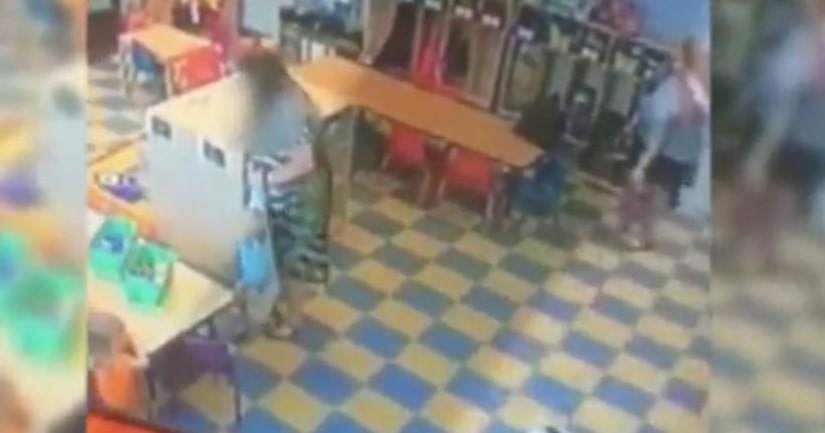 PARMA, Ohio -- (WJW) -- The parents of a 3-year-old boy turned to the FOX 8 I-Team after they saw video of what happened to their son at his day care.

Now, Parma police and the state agency overseeing child care are both investigating.

The parents of the child said they used a cell phone to record video captured by a camera at the day care. It shows a worker lifting the boy up by one arm and hauling him across the room.

"They just thought nothing was wrong with it. They pulled him and yanked his arm. They could've kicked it out of socket," said Ashley Dell, the child's mother.

The parents said they found out about the incident from another family at the center two days after the incident. They don't want their son going back there.

The I -Team went there with questions. A woman at the door wouldn't discuss this. But she did say, “There was no wrongdoing. It's a closed case.” She referred us to the owner.

However, Parma police tell us they're still investigating and they'll let a prosecutor decide if what happened was a crime.

The I-Team did some digging and checked out the day care with state regulators. In short, this place has a very good record: a five-star rating. But after the I-Team called to ask about what happened, the state is also now opening an investigation.

Ashley Dell said she believes the incident may have had something to do with "time out" or discipline of her child. But the family is hoping police or the day care owner takes some action against that worker.

The owner did not return a message we left.