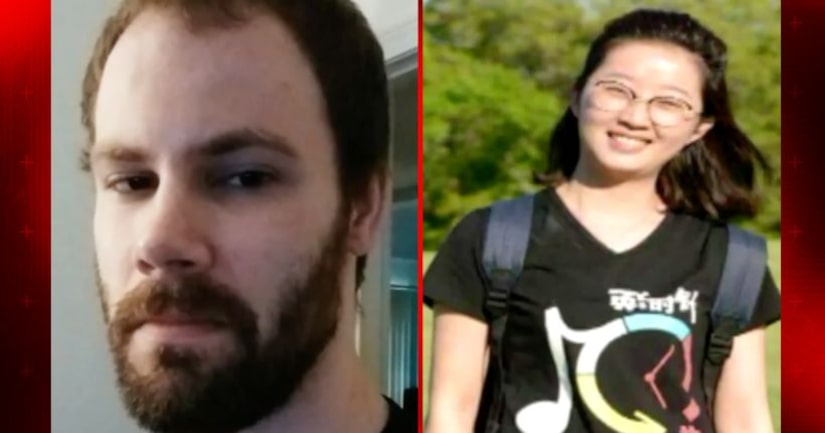 URBANA, Ill. -- (WGN) -- As Brendt Christensen prepares to appear in federal court in Urbana, photos are circulating online showing the suspect participating in a walk to support Yingying Zhang's family.

DailMail.com publishes one picture of Christensen taken outside of a U of I performing arts center Thursday, the day before the FBI arrested him.

That walk took place the same day as his arrest. The FBI says it heard Christensen say while under surveillance, he abducted Zhang and held her against her will.

The 26-year-old was running late while headed to an apartment complex to sign a lease. Police believe Christensen was driving the black Saturn Astra seen circling the intersection where Zhang had gotten off the bus.

Surveillance video shows Zhang speaking with the driver for a few minutes, then getting into the car.

The FBI say based on evidence they've obtained, they believe Zhang is dead.

Police think Christensen may have held Zhang at this Champaign apartment.

Investigators who interviewed Christensen before his arrest say he kept changing his story. They say in the last interview, he told them he offered a female Asian a ride and that when he took a wrong turn, she panicked and got out of the car.

FULL STORY: Suspect accused of kidnapping U of I scholar attended walk to support her family - WGN