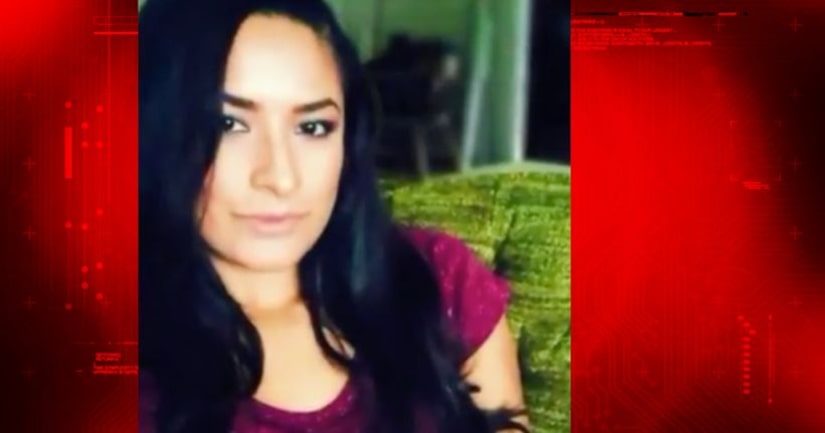 SOUTH WHITTIER, Calif. -- (KTLA) -- A man has been arrested on suspicion of murder in the fatal shooting of the mother of his children, and attempted murder for the wounding of another man, during a child custody exchange at an apartment in South Whittier, officials said Sunday.

Efrem Lozoya, 38, was taken into custody after being interviewed by detectives following the Saturday shooting in the 13900 block of Coteau Drive that left the mother of his children deceased, the Los Angeles County Sheriff's Department said in a news release Sunday afternoon.

During the child custody exchange at about 11:07 a.m., Lozoya allegedly shot the mother of his children, who neighbors identified as Nereida Villanueva, and the man, who neighbors said was her new boyfriend.

Lozoya and Villanueva share two children who are between the ages of 7 and 9, officials said.

Neighbors said the children saw everything unfold and ran screaming for help.

"It's just sad for her kids. Now they both don't have a mom or a dad," Neighbor Vicky Arias told KTLA. "I'm a mom. That's heartbreaking. How could he do that to his own kids? Take away their mom."

Lozoya turned himself into police sometime after the shooting.

Villanueva suffered at least one gunshot wound to the upper torso and was pronounced dead at the scene.

Her boyfriend suffered at least one gunshot wound to the upper torso and was taken to a hospital in unknown condition.

Lozoya, who works for a contracted service which provides jail services to the Montebello Police Department, is being held on $2 million bail.

FULL STORY: Man arrested on suspicion of fatally shooting mother of his children, wounding another man, in South Whittier - KTLA