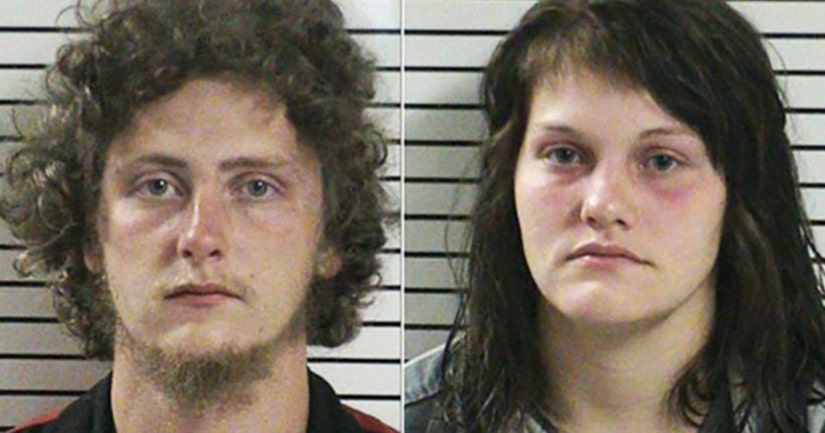 IREDELL COUNTY, N.C. -- (WSOC) -- An Iredell County husband and wife are behind bars, accused of assaulting and burning their 3-year-old child.

Deputies responded to Davis Regional Medical Center on Saturday in reference to a child who had been transported there by ambulance from a home on Boger Farm Road in Harmony.

Once at the hospital, doctors found severe burns on both feet and legs of the 3-year-old, and also noted other injuries on the child's body that appeared to be from an assault.

Officials said the burns on the child's legs were a few days old and were consistent with being exposed to extremely hot water.

Detectives interviewed the child's father, Justin Osborne, at the hospital and also responded to the family's home. The child's stepmother, Amy Clew, was at the home with three other small children.

Deputies said Clew and Osborne were the primary caregivers for the children and found that the home was in poor condition. Authorities contacted the Iredell County Department of Social Services, who went to the house and took custody of the remaining children.

The 3-year-old was transported to Wake Forest University Baptist Hospital for further treatment and is currently in critical condition in the pediatric intensive care unit.