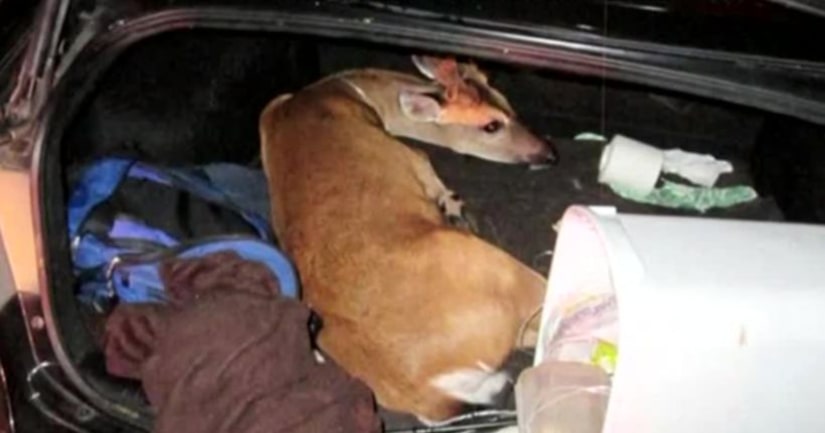 MONROE COUNTY, Fla. -- (WPTV) -- A Monroe County Sheriff's deputy made a surprising find when he pulled a car over in the Florida Keys for a broken taillight early Sunday morning.

The deputy discovered deer bound with twine inside the vehicle so he called the Florida Fish and Wildlife Conservation Commission.

A United States Fish and Wildlife Service Officer soon joined them and was able to identify the animals as endangered Key deer, according to FWC.

The deer were released but two men in the vehicle were taken into custody.

FWC identified the suspects as 18-year-old Erik Yosmany Damas Acosta of Miami Gardens and Tumani Anthony Younge, 23, of Tamarac. They were arrested and booked into the Monroe County Jail.

They face multiple felony and misdemeanor charges including animal cruelty.