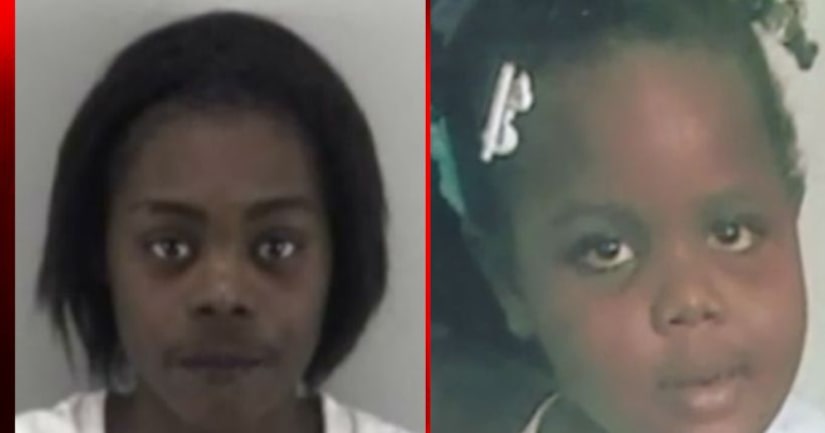 RICHMOND, Va. -- (WTVR) -- A Richmond woman was given the higher end of the sentencing guidelines for the second-degree murder of 3-year-old Latrice Walden.

A judge sentenced Latrice's godmother, Danielle L. Turner, to 40 years with 10 suspended. Turner was initially charged with felony child neglect, but those charges were later upgraded to first-degree murder, and that charge was later amended to second-degree murder.

The young girl died after she was beaten, according to an autopsy report. Latrice suffered more than 100 bruises on her arms, legs, and torso, as well as trauma to the back of her skull.

The report stated that the child died from blunt force trauma to the head.

Turner and Latrice's mother, Nikki Brown, have known each other for over a decade.

On Friday, Turner addressed the court and the Brown family.

“My deepest condolences to the Brown family,” she said. "I really apologize for my actions."

"Latrice was very special to me and I am grieving like everyone else,” she said. "I want to apologize to my family too."

During the February incident, Turner was watching the child at her Chamberlayne Avenue home because Brown had recently given birth to another child.

Turner initially claimed Latrice slipped and fell in the bathtub. When she fell, Turner said, the child hit her head on the faucet. Police said she called 911 about Latrice's condition more than six hours later.

The pain is still raw for the victim's family.

"You could've just took [sic] her home," said Lashawn Manuel, the victim's grandmother. "You didn't have to do that to her."

Prosecutors described the days of torture leading up to the little girl's death and said that neighbors could hear Turner beating her before the sounds went silent.

In August 2016, Turner's attorney requested a mental evaluation for Turner.