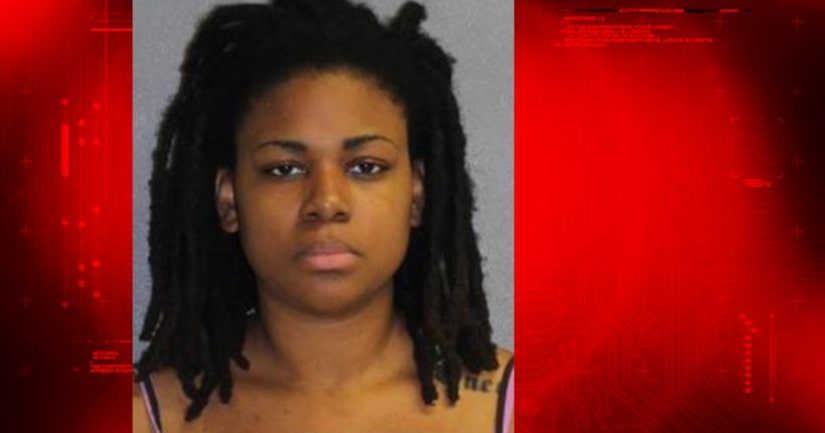 VOLUSIA COUNTY, Fla. -- (WKMG) -- A 24-year-old mother was arrested Thursday afternoon after authorities said they found her 5-year-old son so underweight that he was not even on the medical charts for children his age, according to a police report.

The Department of Children and Families responded to a home on North Alabama Avenue to follow up with a case of child neglect, where Naomie Hall, of DeLand, lives with her husband, her son and her two other children, police said.

Officers said the 5-year-old boy, who was dehydrated, thin and had dry skin, was found eating small pieces of old cereal on the living room floor.

Hall told investigators that she had not given her son his prescribed medications and that she had been going three to four days before attempting to feed him, according to the report. The boy could not stand, walk or speak, and Hall only knew that he is hungry because he would chew on his hands, police said.

He had not received any form of education and was not taught how to communicate, according to the report, so Hall said she would determine if he needed something by his facial expressions.

The boy was taken to the Child Protection Team Office, where he was examined, officers said. During the exam, doctors said the boy weighed 24.9 pounds and was "not even on the growth chart," the police report read.

He was taken to Halifax Hospital , where doctors found that he had not been bathed in "quite a while" and his hands and feet were orange with blisters, dry and peeling, according to the report.

Police said the boy was dehydrated and malnourished. He was admitted to ICU in case of seizures and cardiac arrest, where police said he will be fed and his weight will be monitored.