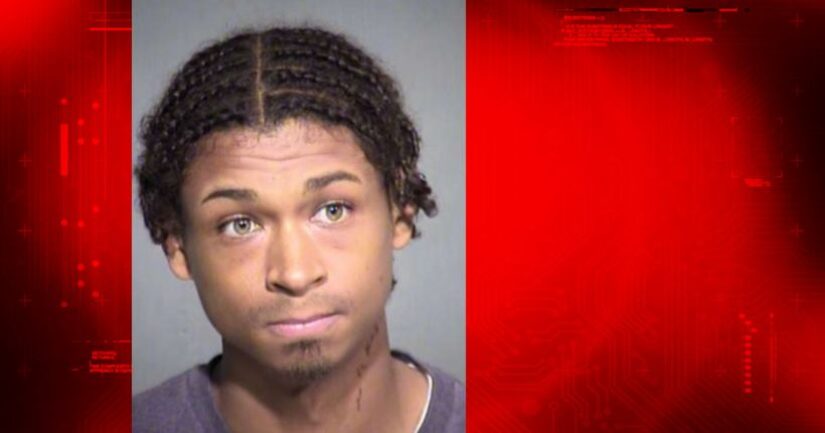 PHOENIX -- (KNXV) -- A man with a toddler inside his vehicle is accused of crashing into a Phoenix police vehicle.

Phoenix police report that around 3 a.m. on June 26, officers responded to a parking lot in the area of 27th Avenue and Camelback Road.

A tow truck driver called police saying there was a parked car in the parking lot with a man in the driver's seat and a baby in the back. The car's engine was off.

When police arrived they observed a man, later identified as 25-year-old Brandon Austin Williams, reclined in the driver's seat and a baby in a car seat in the back. Police say both were sweating.

Williams woke up and began to roll down the window when police say they smelled "a strong odor of marijuana." He attempted to put his vehicle in gear, as officers tried to get Williams out of the car. He was soon able to start his car, put it in gear, and ram the officers' SUV four to five times.

Police say he even squealed his tires in an attempt to move the SUV out of the way. When his efforts failed, Williams exited the car. Police removed his 1-year-old son who was in his car seat in the back, but was unsecured.