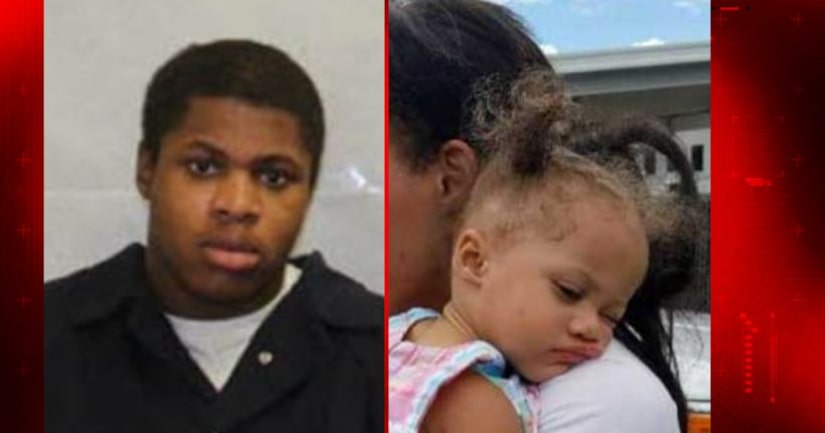 MEMPHIS, Tenn. --(WMC) -- The 1-year-old girl kidnapped by her father at gunpoint Thursday afternoon has been found safe and unharmed, according to Memphis Police Department.

Investigators said Pierre Cheer kidnapped Payden Thompson around 12:30 p.m. from a home on Soapstone Drive, which is off West Levi Road near Chickasaw Middle School.

Rudolph said Cheer had argued with the child's mother, which prompted the kidnapping.

A police officer happened to be in the area of Union Avenue and Cleveland Street when he saw a car fitting the description of Cheer's vehicle, a blue 2004 Mitsubishi Galant. The officer followed the vehicle into a parking lot and saw a man get out holding a child. That's when police said Cheer put the vehicle in reverse and hit the officer's squad car. Cheer then drove forward and hit a parking pole before fleeing the scene.

The officer detained the passenger in the car who had gotten out of the car with a baby. The baby was confirmed to be 1-year-old Payden Thompson. She was evaluated and was found to be unharmed.

Cheer was later arrested around 10 p.m. and charged with aggravated kidnapping and aggravated burglary.

"She a baby. That's sad. He should have never did that," Pride said.

Cheer has a criminal history in Shelby County that includes charges of aggravated robbery, assault, possession of a controlled substance-marijuana. He also has a criminal record in Oklahoma. Cheer and two sisters were charged in Oklahoma City with pimping and prostitution-related crimes.

The two sisters said Cheer was prostituting them and he would receive money from the sex acts.