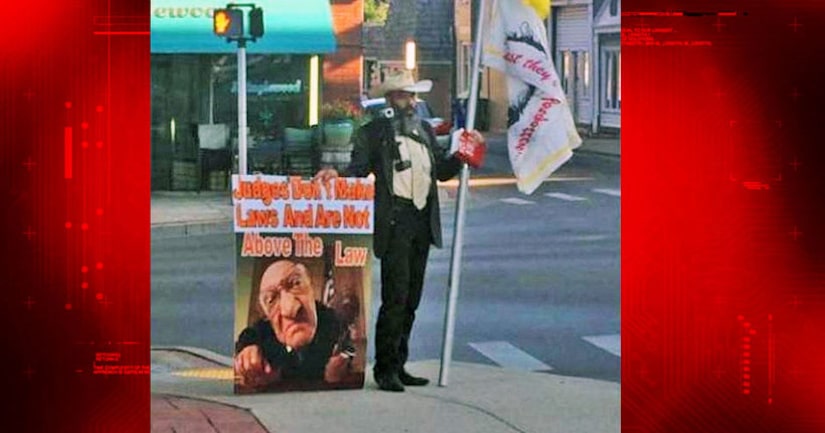 A federal jury handed down guilty verdicts against Samuel Girod in March for misbranding products.

After serving six years, Girod will have three years of supervised release. He must also refrain from producing and manufacturing products during that time. That judge said Girod exhibited continuous and blatant disregard for the law.

A small group of Girod's supporters gathered outside the federal courthouse beforehand to protest.

The government charged the Bath County man with conspiracy to impede an officer, obstruction of a proceeding before an agency, failing to register with the FDA, eights counts of causing misbranded drugs to be introduced into interstate commerce, tampering with a witness and failure to appear. The jury found Girod guilty on all 13 counts.

The government said that Girod misbranded his Chickweed Healing Salve, TO-MOR-GONE, R.E.P. products. The jury found that Girod also processed those products in an establishment that the FDA did not have registered and that the product labels did not bear adequate directions for use.

Girod made the products on his family farm along Satterfield Lane in Bath County. The FDA requires anyone who manufactures a defined drug to register their facility with them. The Girod farm is not registered. According to the indictment, the FDA says

Girod prevented their officers from conducting an inspection at the farm.

In addition to serving time, Girod must pay restitution of at least $14,000 and pay $1,300 in assessment fees.