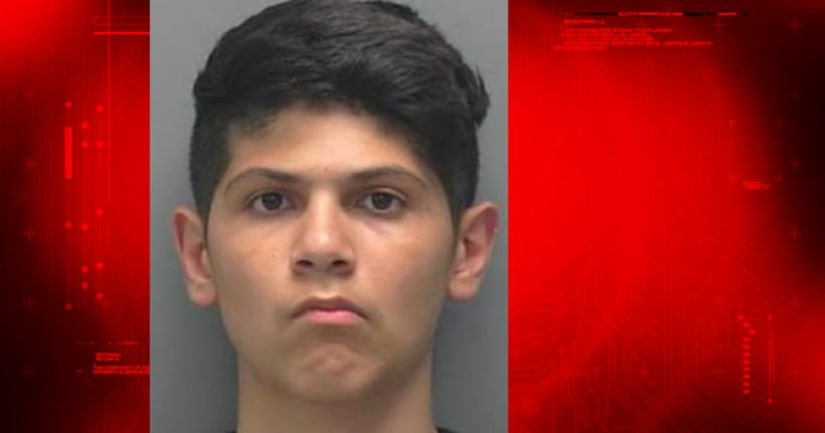 "I was like, they stole my car...and I just started crying. It's a brand new car; I've only made three payments on it," said Tamitha Chavez. She was making a pizza delivery last Saturday when her car was stolen.

For four days, deputies say Angel Arellano was behind the wheel. Deputies arrested him after they were tipped off the car was parked in the area where it was first stolen in Bonita Springs.

Chavez said she was overjoyed when she got the call.

"They found my car! I was like so happy. He said you don't know what condition it's in. I was like I don't care, I have my car!"

It wasn't the same when she got it back.

"There's this dent all here, they keyed it here, they hit something because there's all these scratches here," Chavez said.

It was also missing a front wheel, and the inside reeked of marijuana. She found CO2 Cartridges and metal pellets inside, leading her to believe they shot air pistols from her car.

"I mean why else would there be pellets in there," she said.

"Where the hell do you go in four days to put 2,000 miles on a car? I mean, that's the equivalent of five trips to and from Tampa," Chavez said.

Chavez said she doesn't want to make any more deliveries, "which is going to hit the pocket pretty hard because there goes my tip money."

She fears because the suspect is a juvenile, he'll only get a slap on the wrist.

"They should get sent to a juvenile program," Chavez said.

Arellano is not in jail, and he's serving 21 days of home detention. He is being charged with grand theft and driving without a license. He's due in court next month.