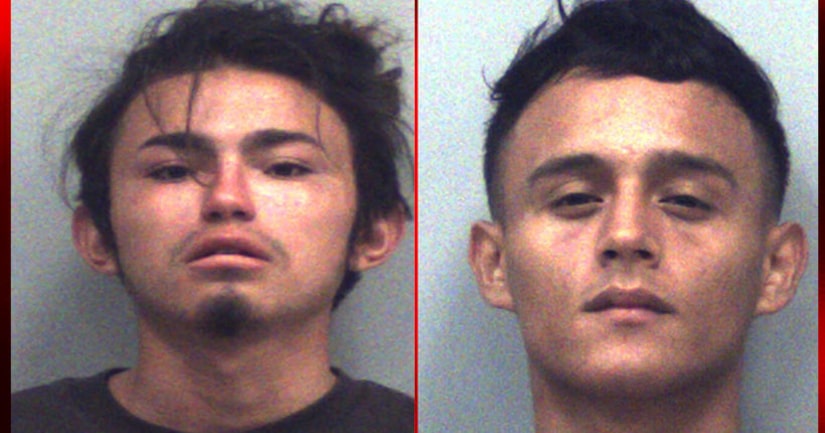 GWINNETT COUNTY, Ga. -- (WGCL) -- Three teens are currently lodged in the Gwinnett County jail, accused of committing unspeakable crimes against a mother in front of her son at the family's apartment in unincorporated Tucker.

Police say 17-year-old Francisco Palencia and 19-year-old Josue Ramirez had broken into the apartment on May 12 around 3 a.m. When the woman tried to get away with her children, the men threw boiling water on her and began shocking her with a Taser gun.

The men then dragged her into a bedroom and raped her in front of her older son. They are also suspected of stealing the woman's jewelry box, her student ID card and her German Shepherd puppy.

An unidentified 15-year-old girl was also arrested and is accused of driving the two men to the apartment.

All three teens were later apprehended and arrested. Palencia and Ramirez are facing charges of home invasion, rape, kidnapping, aggravated battery and cruelty to children. It is unclear what the unidentified juvenile is being charged with.