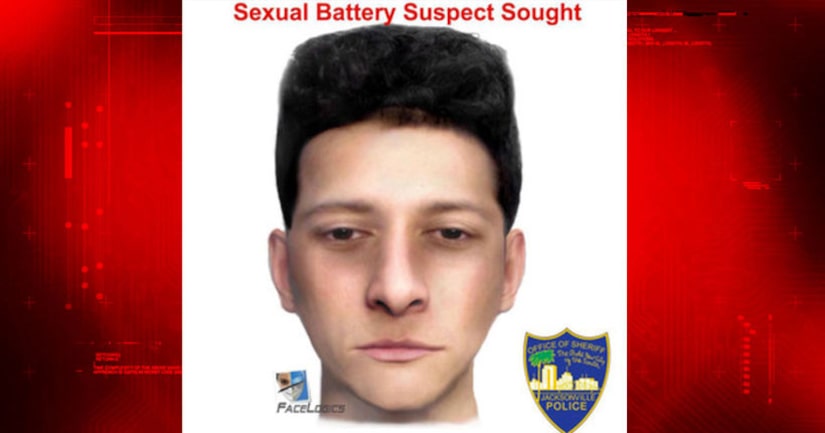 JACKSONVILLE, Fla. -- (WKMG) -- Jacksonville police are asking for the public's help to identify a suspect who followed and attacked a teenage girl Saturday on the Westside.

The Jacksonville Sheriff's Office released a composite sketch Thursday of the suspect, who is described as a Hispanic male, 15-20 years old, with brown eyes, brown hair, and a heart tattoo on his upper arm.

Police said the victim, who is not being named, said she was walking on Hyde Park Road late Saturday night and was followed by the suspect through an apartment complex.

She told police he pulled her into a laundry room and sexually battered her.

She reported the attack to police the next morning.

Anyone with any information on the location or identity of the suspect is asked to contact the Jacksonville Sheriff's Office at (904) 630-0500 or email JSOCrimeTips@jaxsheriff.org. To remain anonymous and receive a possible reward up to $3,000 contact Crime Stoppers at (866) 845-TIPS.