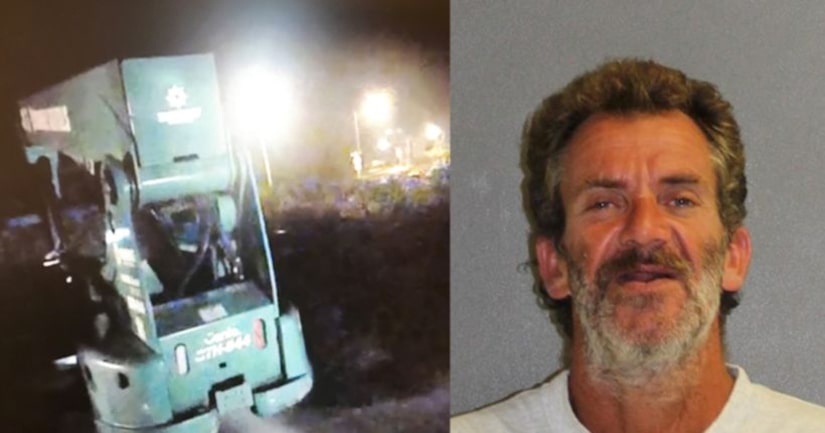 His reasoning? Police said Bradley Barefoot, 43, told them he was tired of walking.

As the officer approached Barefoot, who he alleged was in the stolen forklift on Nova Road, this is what he said he saw:

"There was a male parked in a handicap spot with a piece of heavy equipment that had a mattress on it. The male was barefoot, talking to himself while swearing and throwing his hands up."

Barefoot, at first, told the officer that he saw the forklift and thought it was the same one stolen from his boss in Alabama. Later, Barefoot said he really took the industrial vehicle, with an estimated value of more than $38,000, because the keys were in the ignition and he was tired of walking, according to the police report.

Police arrested Barefoot, and he was charged with grand theft.

Barefoot used the forklift to move some boxes, then took it for a spin to the Bob Evans restaurant on International Speedway Boulevard, according to the arrest report.

When Daytona Beach police asked why he took the forklift, Barefoot said it was better than walking.

Industrial vehicles appear to be the transportation of choice when people are in need of a ride.

A Florida Keys man was accused in March of stealing a forklift and crashing it because he said he lost his car keys and needed to drive home.