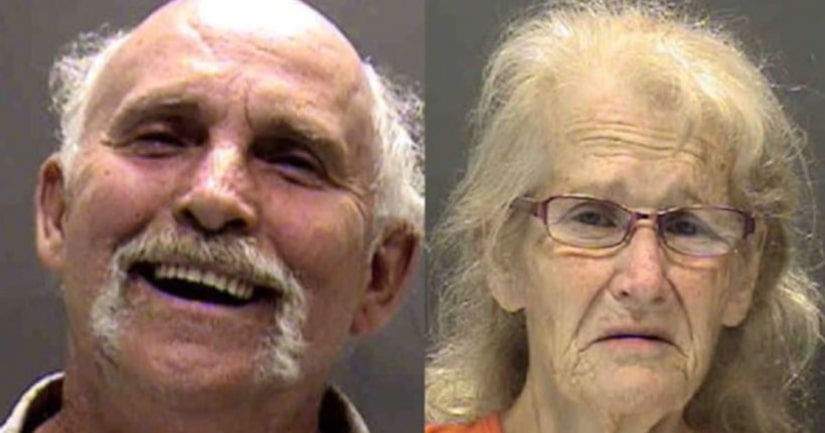 SARASOTA, Fla. -- (KRON) -- A Florida couple is accused of chaining their deaf and blind dog to a trailer and neglecting the dog so badly he was found covered with maggots.

Joseph Shepherd, 55, and Diana Harrelson, 62, were arrested on multiple charges of animal cruelty after a bystander rescued the dog named Spunik.

Detectives say Spunik was found in extreme distress, attached to a cable in the rain outside Shepherd and Harrelson's home.

Police say the 14-year-old dog was alive, but limp as he lay in the dirt. The terrier-mix was taken to a veterinarian who examined him and found live maggots in both of the dog's eye sockets. Live maggots were found inside the dog's body and on his fur.

Spunik was humanely euthanized to end his suffering.

A post-mortem examination found Spunik was also severely malnourished and had matted fur and rotten teeth.

Investigators say Harrelson moved to Mississippi months ago and left the dog in Shepherd's care.

Harrelson said she had recently returned to Florida to visit Shepherd and poured food out on the ground for Spunik on June 1 before she traveled back to Mississippi.

Deputies say Harrelson told them she did not have the money to have Spunik euthanized. However, when a deputy reminded her that she often drives between Florida and Mississippi, the deputy said she became angry and yelled, “I don't know what to tell you then! I wanted the dog to die a natural death.”