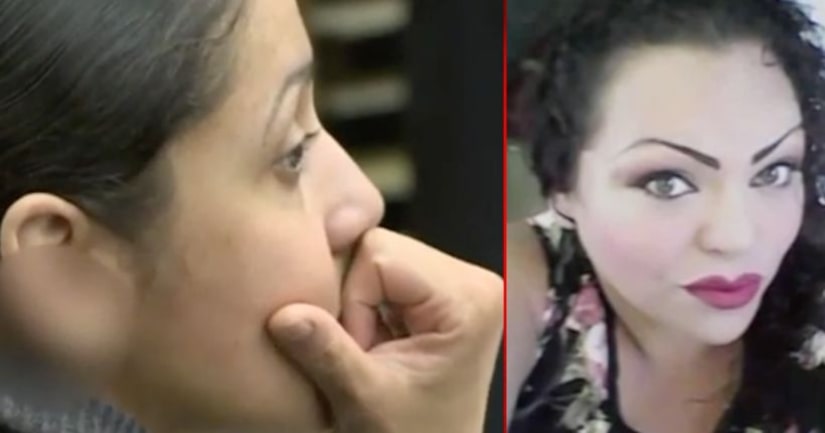 SAN DIEGO -- (KSWB) -- A woman who stabbed a female friend in the neck during an argument in a car in a City Heights alley was convicted Tuesday of second- degree murder.

Jurors deliberated about a day before finding 32-year-old Christina Daniel guilty in the death of 29-year-old Jasmine Ruiz, whose body was found under the car. Prosecutors said the victim was pulled out of the vehicle, run over and dragged 15 to 20 feet.

"I think they were fair, just by everything I heard in the courtroom, it's a victory," said Lydia Morales, the victim's mother.

Daniel, who has a 2007 conviction for carjacking, faces a maximum of 36 years to life in prison. A July 6 hearing regarding the defendant's criminal record must be held before a sentencing date can be set.

Deputy District Attorney David Bost said Daniel fled the scene after Ruiz was mortally wounded on April 20, 2016, then laughed over the phone when telling her sisters about killing the victim.

Police thought Ruiz was the victim of a hit-and-run until an autopsy revealed the fatal stab wound to her neck and defensive wounds on her hands and arms, Bost told the jury.

"I just can't believe there's true evil in this world. That girl is rotten to the core," Morales said.

Bost said the two women were riding in the back of a car in the alley when Daniel took less than two seconds to stab Ruiz.

"That was a blow intended to kill," the prosecutor said, calling it a "cold, calculated decision."

Daniel initially lied and told police she had nothing to do with the murder, but later confessed to her sisters and her fiance, Bost said.

The defendant told a detective that she snapped when Ruiz wouldn't get two men out of her house and also said something bad about her brother, the prosecutor told the jury.

Police found a supermarket receipt in the car and obtained surveillance video from the market showing Daniel and Marco Antonio Gutierrez -- who pleaded guilty last year to hit-and-run in connection with Ruiz's death and was sentenced to three years in prison -- in the store 30 minutes before the fatal confrontation.

Homicide Detective Jonathan Dungan said a parolee told him that Daniel came to his home after the murder and said, "Get me out of here!"

The parolee said he refused, but did hide a knife that Daniel gave him in a wall heater.

Deputy Public Defender Dalen Duong argued that the prosecution had not proven its case beyond a reasonable doubt and said his client might be guilty of manslaughter at most. Duong also suggested that Daniel stabbed Ruiz in self- defense or could have been falsely accused.

Duong said detectives told Daniel that she killed Ruiz out of anger, and the defendant tried to take the blame so she wouldn't "snitch" on others.

The attorney said Daniel ran from the scene because "she was scared and in shock."

Duong said Daniel and Ruiz were friends who met in Juvenile Hall and also were in prison at the same time. The two women had lost touch, but reconnected just weeks before Ruiz was killed.

The morning of the fatal encounter, Daniel and Ruiz went to the Sycuan Casino to gamble and buy drugs, then returned to City Heights, Duong said.

At some point, Ruiz was driving a car with Daniel in the front passenger seat and two men in the back and an argument ensued, the defense attorney said.

Duong said Daniel saw Ruiz with a knife and the two women began fighting in the car in the alley and Ruiz was stabbed as Daniel tried to defend herself.