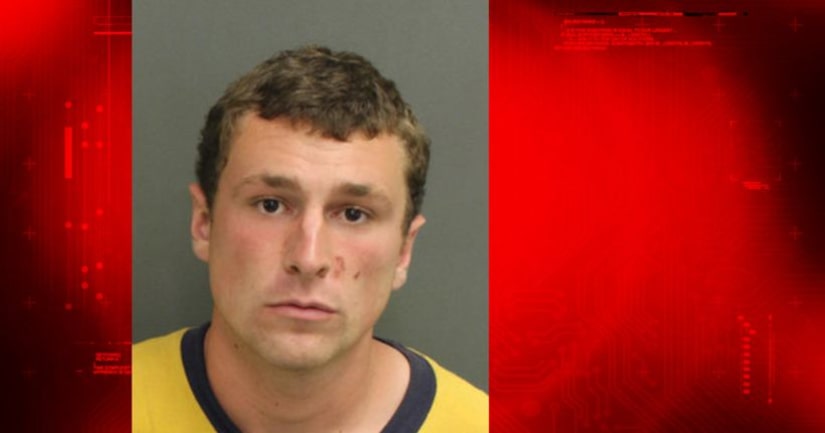 MAITLAND, Fla. -- (WKMG) -- A 65-year-old man called on his neighbor Monday to help fend off a suspect with a baseball bat who police said was sexually assaulting the woman cleaning his Maitland home.

The homeowner told police that he saw Robin Moretz Campbell, 23, in the backyard of his Robinhood Drive house and asked what he was doing. Campbell said he was looking for someone who did not live there. The suspect then asked the housekeeper for a glass of water, according to the arrest report.

Police said Campbell pushed the homeowner out the backdoor and began trying to pull off the housekeeper's pants. The homeowner ran to his upstairs neighbor for help. Armed with a baseball bat, the neighbor came down and told Campbell to get off the victim, according to the report.

The suspect got up and tried to leave the house, the neighbor attempted to detain Campbell until Maitland police arrived, the homeowner told police.

Campbell then yelled out, “I haven't had sex in a long time, just let me go,” as he fled the house, the homeowner told police.

The neighbor chased the suspect but lost him between houses on Robinhood Drive, police said.