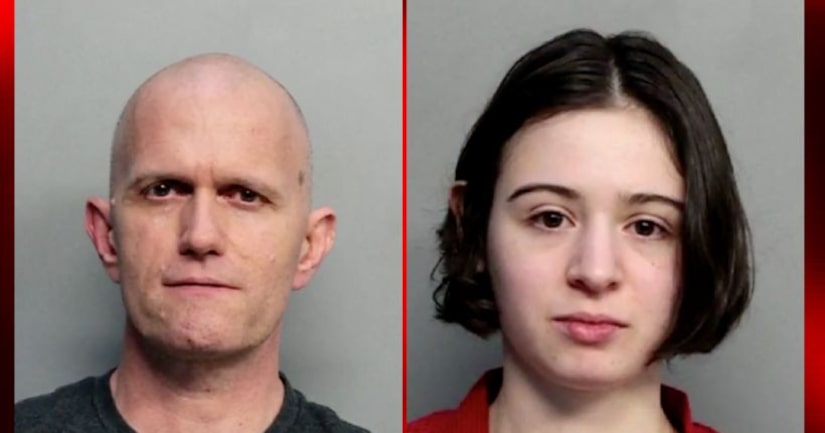 CUTLER BAY, Fla. -- (WKMG) -- A Cutler Bay man who was a sponsor for a student from Spain divorced his wife and married the international student when she turned 18, then, along with his new bride, convinced her parents to allow her sister to live with the newlyweds back in Florida, where he sexually assaulted the girl, police said.

Police reports for Dale Leary, 50, and Marta San Jose, 21, detail the alleged sexual assault that led to their arrests.

Miami-Dade police detectives said San Jose was 16 when she left Spain for South Florida in 2012. Leary, who was a sponsor for students in an international student exchange program, let San Jose stay with him at his home.

After San Jose finished 11th grade, she and Leary flew to Spain to convince her parents to let her stay for another school year, detectives said.

According to the arrest affidavits, San Jose invited her then-14-year-old sister to stay with her and Leary in 2014.

A few days after San Jose's sister arrived in South Florida, she learned that her sister and Leary were married.

Detectives said San Jose manipulated her sister into believing that she was molested by her parents when she was very young and persuaded her sister to allow Leary to conduct a vaginal examination "to prove she was sexually assaulted."

San Jose told her sister that Leary had married her "so she could stay" in the U.S. "and avoid going back home" to her sexually abusive parents, the arrest affidavits said.

A few days later, Leary and San Jose started having sex in front of the girl, police said. The girl said her sister would tell her to allow Leary to perform sex acts on her, convincing her to remove her clothes.

Detectives said Leary performed oral sex on San Jose and her sister, and then made them perform oral sex on him, on more than seven different occasions.

The girl told police that Leary, who was a photographer, wanted to take pictures of her, and he made her consume alcoholic beverages during one of the photo sessions. Once she was intoxicated, Leary made her remove her clothes except for her high heels and pose for him with her naked sister, detectives said.

In some of the poses, Leary had the sisters hug, causing their breasts to touch, detectives said.

A neighbor told Local 10 News reporter Terrell Forney that she was surprised about the arrests.

"We wave when I pass when I walk the dog, but, no, I've never seen anything -- not even any strange cars or anything, nothing, nothing really out of the ordinary," neighbor Jamie Ancivino said.